© AP Photo / Brennan Linsley
Subscribe
International
India
Africa
Andres Elorez, a Colombian veterinarian student, was sentenced on Thursday to six years in a US federal prison for surgically implanting bags of liquid heroin into the stomachs of puppies.

The 39-year-old vet conducted the surgeries under the direction of Colombian drug traffickers wanting to smuggle the illegal substance into the US. According to prosecutors, bags of liquid heroin were implanted in at least nine dogs, three of which died after contracting a virus following the surgery. 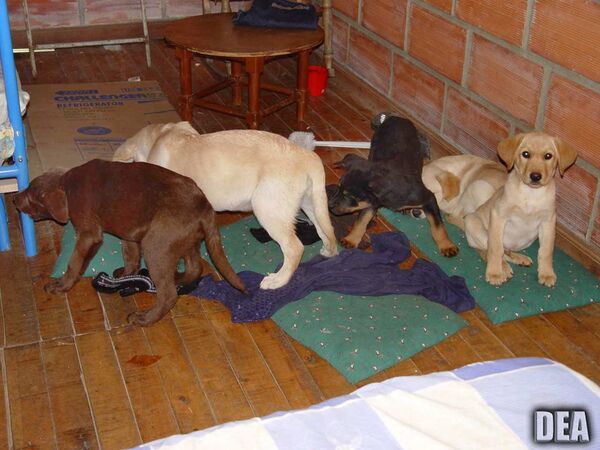 This 2005 photo provided by U.S. Drug Enforcement Administration officials shows puppies rescued from a farm in Colombia destined for use by a U.S. veterinarian working for a Colombian drug trafficking ring. Veterinarian Andres Lopez Elorez used the puppies to smuggle packets of liquid heroin on commercial flights to New York City, where the heroin packets were eventually cut out of the puppies, who died in the process, officials said. Elorez, who pleaded guilty in September to conspiring to import heroin into the United States, received a 6-year sentence on Thursday, Feb. 7, 2019.
© AP Photo / U.S. Drug Enforcement Administration

The elaborate scheme first saw the puppies undergoing the surgical procedure at a farm in the city of Medellin, and later going under the knife once more to remove drugs after arriving in the US.

Law enforcement officials first caught wind of Elorez's farm in the early 2000s, conducting a raid in January 2005 that resulted in the search and seizure of 17 bags of the "Liquid O" contraband. Ten of the confiscated bags had to be surgically removed from pups. 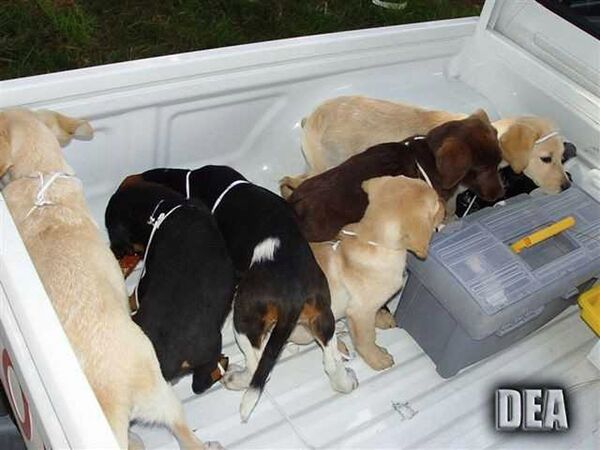 Elorez remained a fugitive for several years until he was arrested in Spain in 2015 for his crimes. He was extradited to the US in May 2018 and later convicted in September 2018 of conspiring to import heroin into the US.

During his sentencing on Thursday, Elorez told officials that he'd "conspired with an experienced veterinarian" to execute the drug-smuggling plan, ABC News reported. "I did this even though I knew I was doing wrong and I was committing a crime," he said.

After serving his sentence, Elorez will be deported back to Colombia.

"Every dog has its day, and with today's sentence, Elorez has been held responsible for the reprehensible use of his veterinary skills to conceal heroin inside puppies as part of a scheme to import dangerous narcotics into the United States," United States Attorney Richard P. Donoghue told reporters.

"This Office and our law enforcement partners will continue to investigate and prosecute drug trafficking organizations, operating here and abroad, to reduce the availability of opioids and save American lives."

Reports indicate that two of the dogs rescued during the 2005 raid have since been trained and are working with police as drug detection dogs. Donna, a beagle adopted by a Colombian police officer, is now working for the Colombian National Police force, and rottweiler Heroina is a working narcotics dog in the US.