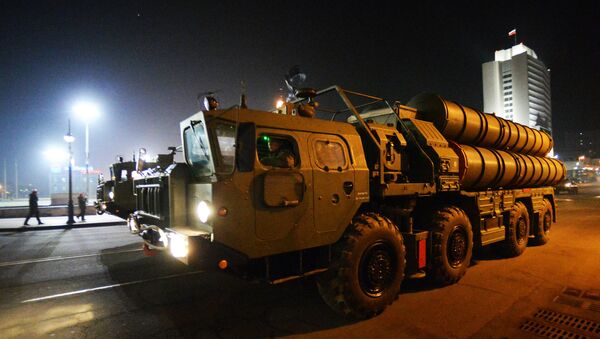 The US government will halt the process of selling the Patriot systems if Turkey proceeds with the purchase of the Russian-made S-400 anti-aircraft missile systems, a senior US official told Hurriyet Daily News on condition of anonymity.

“We will not proceed as the condition of the congressional authorisation to make the offer to Turkey, we’re not in a condition to proceed with the Patriot sale if the S-400 sale goes forward”, the official said.

The official then weighed in on talks between Ankara and Washington at which the American side laid out the proposal for the acquisition of the Patriots:

“We are very concerned that the Turkish purchase of S-400 missiles will endanger Turkish participation in the F-35 programme and will likely result through our legislation in some sort of sanctions coming through the legislations called CAATSA”, the insider stated.

The remarks came just weeks after Ibrahim Kalin, a spokesman for Turkish president Recep Tayyip Erdogan, said that the deliveries of Russian S-400s were not intertwined with the procurement of US Patriots.

“Our position remains unchanged: we will do everything that we deem necessary to ensure our national security. […] Turkey may buy Patriot systems in the future. But it will be impossible if abandoning S-400 is one of the conditions for the purchase”.

The Pentagon’s Defence Security Cooperation Agency notified Congress of a potential $3.5 billion sale of Patriot systems to Turkey last December. The deliveries would include 80 Patriot guidance-enhanced missiles and 60 other missiles and related equipment such as radar sets, engagement control, and launching stations.

Turkey to Purchase Russian S-400 Regardless of Potential Patriot Deal With US
The US has been working with its NATO ally on the sale of its Patriot missile system to prevent it from acquiring Russia’s S-400s, which has become a major stumbling block in Washington-Ankara relations.

Washington has threatened to introduce sanctions against Ankara under the Countering America’s Adversaries Through Sanctions Act (CAATSA), a 2017 law drafted in response to Russia’s alleged meddling in the 2016 US presidential elections, if Turkey bought Russia’s S-400s.

The US also warned it would block the delivery of its fifth-generation F-35 stealth fighter jets to Turkey if the latter went ahead with the procurement of the Russian air defences.

The Pentagon has been alarmed over the possibility of Ankara’s purchasing S-400s along with F-35s providing Russian technicians and experts with key insights into the radar’s cross sections, flight profile, and other sensitive data related to the fighter jet’s technology.