Thai Princess to Run for Prime Minister in March – Reports 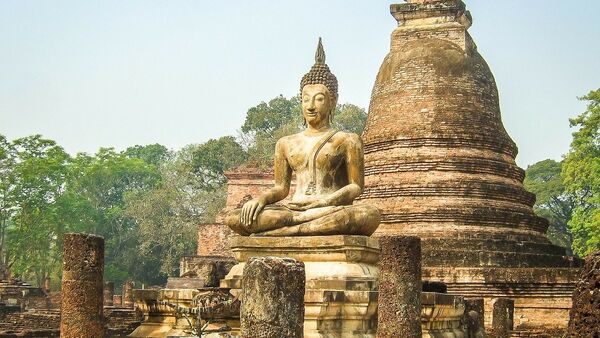 The Thai Raksa Chart Party made a historic announcement at the Office of the Election Commission in Bangkok on Friday morning, according to the Bangkok Post media outlet. The party representatives showed reporters a document nominating Princess Ubolratana as Thai Raksa Chart prime minister candidate.

Commenting on the reports, the Thai King Maha Vajiralongkorn called the move "inappropriate".

The Thai Raksa Chart Party is believed to be linked to ousted Thaksin Shinawatra, while Princess Ubolratana herself has been seen with the exiled Shinawatra siblings at the FIFA World Cup in Russia.

Thailand is expected to hold general elections on 24 March — for the first time since the 2014 military coup that saw Thaksin Shinawatra and his sister, Yingluck, who both served as prime minister, driven away from the country.

Insurgents Ambush Border Guard in South Thailand – Reports
Prayut Chan-o-cha, the incumbent prime minister and the head of the National Council for Peace and Order (NCPO), a military junta that has been ruling the country since 2014, will also run for the office as the pro-military Palang Pracharath Party candidate.

The NCPO took control over the country after a coup in May 2014, forcing out the government that was elected in 2011. Since then, an interim parliament, comprised of lawmakers designated by the NCPO, has been operating in the country along with the council-controlled cabinet.

Political activity of any kind has been banned until the government started gradually lifting the ban in 2017 in a bid to suppress growing opposition and criticism. Last December, the NCPO lifted restrictions on public gatherings and political activities so that political parties could carry out election campaigns.

Initially, the parliamentary elections were expected to take place no later than 24 February but were postponed last month to March due to legal issues. The postponement sparked a wave of protests in several cities, with the most notable of them having occurred on January 20, when a group of 300 anti-junta protesters rallied outside Thammasat University in Bangkok.