Karzai on 'Intra-Afghan' Summit: Talks in Moscow Exceeded All Our Expectations 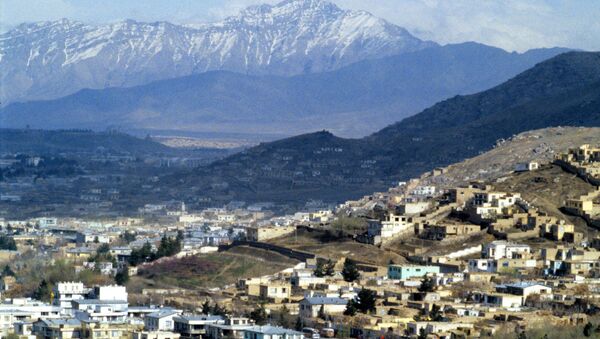 © Sputnik / Alexandr Graschenkov
/
Go to the mediabank
Subscribe
International
India
Africa
In an exclusive interview with Sputnik, former President of Afghanistan Hamid Karzai summed up a two-day "intra-Afghan" summit in Moscow (5-6 Feb), gave his assessment of the US negotiations with the Taliban and spoke of Russia's role in advancing the peace process in Afghanistan.

Sputnik: What topics were discussed during the "intra-Afghan" dialogue? What are your impressions from this summit? What are the results?

H. Karzai: For us, the people of Afghanistan, peace is something we've wished for a very long time. We express our deep gratitude to the Russian government for the conditions created for having an "intra-Afghan" meeting in Moscow. It is an honour for us to hold the first "intra-Afghan" dialogue in such a big and great country like Russia.

Afghan Security Forces Shrinking as Taliban Regain Territory - Report
Once again, I express my deep gratitude to Russia on behalf of all the Afghan people, as well as from the Taliban. This two-day meeting exceeded all our expectations. We hope that the talks in Moscow, as well as the decisions that have been made here, will bring long-awaited peace, national sovereignty, and progress to the Afghan people.

We discussed all the issues important to the Afghan people. Peace in Afghanistan will not prevail unless a cease-fire is declared and bloodshed isn't stopped. At the first meeting, we addressed issues relating to an independent, free Afghanistan, where Afghans will govern, where women can enjoy their full rights. We will discuss the remaining questions at the next summit, which will be held in Doha.

Sputnik: How do you assess the talks between the Taliban and US Special Representative on Afghanistan Zalmay Khalilzad? Should these negotiations be continued?

Sputnik: In the joint statement following the negotiations, one of the points is about creating conditions for a complete withdrawal of troops from Afghanistan. How long will it take to create these conditions, and what are they?

H. Karzai: Of course, we want this to happen as soon as possible. However, this is a complex process. We must be careful, because it is necessary to make sure that the foreign contingent leaves Afghanistan, and that Afghanistan is stable and calm. Afghanistan must also establish good relations with neighbouring countries and major powers, as well as with the United States.

Sputnik: What effective help, in your opinion, can be provided by regional players and major powers in establishing lasting peace in Afghanistan?

H. Karzai: Regional players can provide great assistance to Afghanistan. Russian initiative and assistance are the first important steps in this direction. Afghanistan's neighbours, such as Iran, Pakistan, as well as other nations in the region, such as India, Turkey, Saudi Arabia, Uzbekistan, and Kazakhstan, should be part of a large-scale process with the end goal being the establishment of lasting peace and stability in Afghanistan, as a result of which our country can achieve prosperity and progress, and our people will be able to return to a tranquil life.

Sputnik: You said that Russia took the first important step towards restoring peace in Afghanistan. What do you mean: the Moscow format consultations on Afghanistan or the two-day "Intra-Afghan" dialogue?

Senate Approves Bill Opposing 'Precipitous' US Pullout From Afghanistan, Syria
H. Karzai: The conference in Moscow in November [Moscow format consultations on Afghanistan] was certainly an important step. However, the steps that Russia has taken these days, creating the conditions to hold such a large-scale event for the Afghan people on a national scale as the "Intra-Afghan Dialogue", and welcomed us in its country, is a historic step. In the future, this will only benefit Russia. We really hope that Russia will continue to assist us in advancing the peace process in Afghanistan.

Sputnik: So you can say that Russia has played a certain role in establishing a peaceful dialogue between the warring sides?

H. Karzai: Russia plays (its role), and, does it excellently. It is undertaking very effective and efficient steps. We really want Russia to keep this up until Afghanistan gets back on its feet.

Sputnik: The sixth point of the joint statement says that "Afghanistan is the home of all Afghans". Will and should any steps be taken to return refugees to Afghanistan?

H. Karzai: Certainly. They are citizens of Afghanistan and must work in their homeland and for the good of their homeland. It will be necessary to create the conditions for their return.

Sputnik: One of the most important points of the joint statement is that "Afghanistan will maintain neutrality in regional and world conflicts". At the same time, in Afghanistan, throughout the entire period of its existence, the interests of different countries have clashed. How will Afghanistan be able to resist the intrigues, confrontation of regional and world powers after peace is established there, will it be able to cope?

'Far Fewer Than 7,000' US Troops Will Be Withdrawn from Afghanistan – Report
H. Karzai: This is a very important question. Our neighbours are major world powers, such as Russia, China, India, and regional players — Iran, Pakistan, Turkey. Afghanistan is very appealing to global powers. However, the establishment of conditions for mutual understanding and cooperation with major players depends on the Afghans themselves. It is important that countries satisfy their interests in Afghanistan by means of mutually beneficial cooperation, and not unilaterally.

Sputnik: The participants of the talks confirmed that Afghanistan guarantees the absence of threats from its territory. How exactly? For example, one of the global community's most serious concerns is the threat of IS.

H. Karzai: We will resort to all effective measures. The people of Afghanistan are responsible for ensuring that their neighbours and the international community are free from threats emanating from its territory. In Afghanistan, there will be no extremism, no terrorist groups, no subversive activity and, thus, it won't go beyond the country's borders.

The fight against IS terrorists will be carried out by national security forces, the people and the government of the country, together with the support of regional and world powers.

Sputnik: What type of assistance can other countries provide for the restoration of Afghanistan?

H. Karzai: The rebuilding of Afghanistan is the responsibility of the Afghan people, and we must rely on our strength to achieve this. If a country wants to contribute to the reconstruction of Afghanistan, we will only welcome such efforts. Russia is our neighbour, our long-time friend, one of the largest world powers. Its role will be very important for us both in establishing close trade and bilateral economic relations and in building infrastructure, as well as attracting the assistance of other countries to Afghanistan.

Sputnik: Earlier, you repeatedly insisted on convening a Loya Jirga (grand assembly of Afghan elders, elected from ethnic-tribal groups to deal with crisis situations — Sputnik). Do you think that after the results achieved during the "Intra-Afghan Dialogue" all the necessary conditions for holding a national assembly are there? Will you now make efforts to convene the Loya Jirga after the Moscow talks?

H. Karzai: Yes, definitely. All the necessary conditions for convening the Loya Jirga, which is the main all-Afghan council where decisions are made in emergency situations are there. And the position in which Afghanistan is now in, holding the Loya Jirga is the best way to resolve all its problems. Of course, it is necessary to determine the time and place of the assembly, as well as to make all the necessary preparations. The decisions that will be made at the Jirga will be recognised by all Afghans and will be made official.

Sputnik: Is it necessary to preserve military bases in Afghanistan, as the Americans want, or is Afghanistan able to protect its borders and ensure its own security?

H. Karzai: It is our responsibility to protect our borders and ourselves. No foreigners can do it. We have already realised that this is impossible. The question of maintaining US military bases in Afghanistan, the Americans must leave to the Afghans. This decision must be made by the people of Afghanistan at the Loya Jirga.

Sputnik: So you believe that the US mission in Afghanistan has failed?

H. Karzai: That's absolutely true. Unfortunately, it's led to so many people suffering from them (the Americans).

Sputnik: And the last question, do you read Sputnik?

H. Karzai: Of course, I read it. I get news every day (from Sputnik). I really like it. It's great (the site).