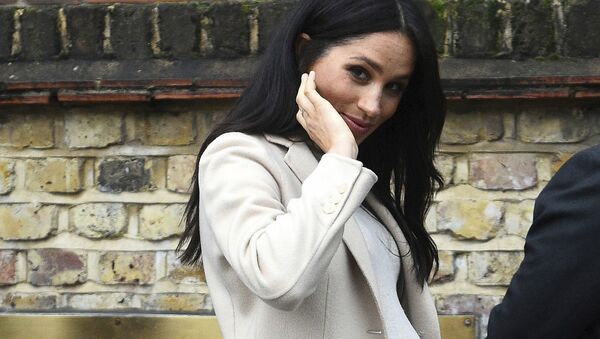 © AP Photo / Kirsty O'Connor/PA
Subscribe
International
India
Africa
Father-daughter relations between Prince’s Harry wife and Thomas Markle have been in the spotlight since the Royal wedding in May 2018. The Duchess’ father has given several interviews portraying the alienation with his actress daughter, who abandoned her Hollywood career to become a Royal.

Meghan Markle sent her father a letter shortly after her wedding with Prince Harry, asking to cease his media activity, throwing a shadow on his daughter, People reports, citing several unnamed friends of the Duchess.

“Dad, I'm so heartbroken. I love you. I have one father. Please stop victimising me through the media so we can repair our relationship”, her letter reportedly read, according to the US magazine.

The five female friends, reportedly belonging to her inner circle, said he responded by asking her for a photo shoot to Meghan’s genuine devastation, the report suggests.

They also fear how this situation might affect the Duchess, pregnant with the Royal couple’s first child, and the baby.

“We worry about what this is doing to her and the baby. It's wrong to put anyone under this level of emotional trauma, let alone when they're pregnant”, these sources suggest.

Meghan's friends also denied Thomas Markle’s earlier claims that he does not know how to reach her as her phone number had never changed.

“He's never called; he's never texted. It's super painful because Meg was always so dutiful. And at the same time, because she's a daughter, she has a lot of sympathy for him”, one of the friends said.

In his last interview in December, Meghan’s father complained that he had been “frozen out” despite dozens of attempts to reach his daughter via text and letters. According to him, she and Harry had “put up a wall of silence”.

“'Everyone says, why don't I just shut the f*** up? That Meghan can't speak to me because I'll give away secrets. But that's bull****. I've been accused of every terrible thing you can think of. In one magazine they had an awful story about Prince Charles right beside one about me. But no one is shunning Prince Charles”, he said then.

The speculations about the uneasiness between the father and his royal daughter have been fuelled by his interviews and media reports. Thomas Markle failed to attend the Royal wedding in May 2018 due to heart surgery as a later statement confirmed. At the same, he reportedly staged a paparazzi photo shoot of him during a costume fitting for the wedding shortly before the wedding and later refused to go himself, despite Meghan and Harry’s attempts to reach him, as People reports.