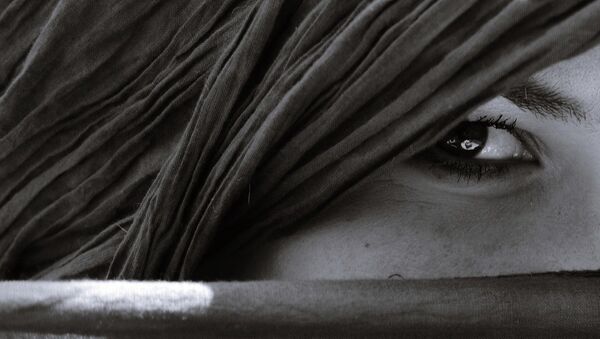 "Nikah Halala" is an Islamic practice, prevalent in India and practiced mainly by Sunni Muslims, wherein a woman once divorced by a man can only remarry the same man after she has married, consummated and divorced another man. The ritual is under judicial scrutiny in Indian courts.

New Delhi (Sputnik): A Muslim woman during her court case seeking maintenance from her twice-married-twice-divorced husband revealed that she was forcibly made to perform serialised ritualistic "nikah halala" whereby she was asked to marry her father-in-law after the first divorce, and then for the second time after her husband divorced her again, marry and consummate the marriage with her husband's younger brother. The victim hails from Bareilly district in northern India.

A woman in Bareilly was forced to perform the ritual of 'nikah-halala' with her father-in-law after her husband gave her instant triple talaq. The matter came to light, when a woman had filed against her husband. pic.twitter.com/CgsgPdRhvh

The woman was married in July 2009 and was given an instant divorce two years later by her husband who uttered "talaq talaq talaq" — a divorce-administering mechanism practiced by Muslims in India.

This ritual was termed unconstitutional by India's Supreme Court and is now illegal in the country. The reason her in-laws gave was that she was barren and could not conceive babies. The woman's family asked the husband to reconsider his decision.
The husband demanded that his now-divorcee wife perform "nikah halala" with his father by marrying him and divorcing him after consummation of the marriage before he would marry her again.

Talaq Talaq Talaq: Emergence of Islamic Feminism in India
When the woman refused to comply she was administered sedatives and was forced into marriage with her father-in-law while still in a sedative state. She was raped for 10 days by him before obtaining a divorce and remarrying her former husband.

Her husband divorced her again sometime later in January 2017 through the similar route of uttering the word "talaq" thrice. As a pre-condition to marry her again for the third time it was demanded that she perform "nikah halala" with the younger brother of the man who had divorced her. It was then that the family of the woman decided to approach the courts and law enforcement officials.

The police have registered a case against the halala victim's husband and her in-laws under some of the more stringent sections of the Indian Penal Code.