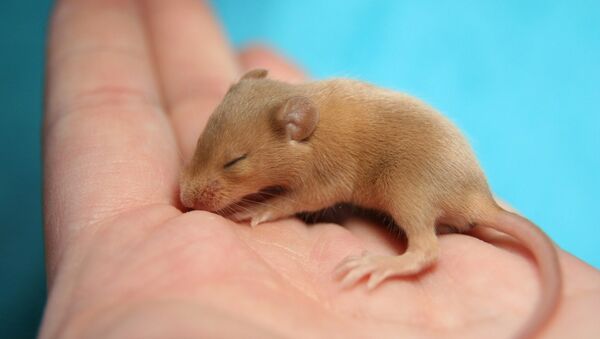 CC0 / Pixabay /
Subscribe
The so-called “humanised mice” have been used in drug and treatment research for various diseases, including chronic immune illnesses and AIDS. In 2018, the US government, which regulates such studies, launched a “comprehensive review” of the practice.

British newspaper The Sun has revealed how experiments on rodents grafted with aborted foetus parts are being conducted in the US. The daily cites documents that detail lab procedures involving implanting aborted babies’ livers and glands into mice.

The procedure first requires that mice’s immune systems be destroyed using radiation. Then, scientists fuse them with the thymus gland or liver and wait until they develop a human-like immune system (which takes around 10 weeks) to proceed with drug and treatment tests. Such testing is used in cancer and AIDS studies.

Research on foetal tissue has been legal in the US since 1993. In September 2018, the US Department of Health and Human Services (HHS) launched a “comprehensive review” of all research involving foetal tissue to ensure its adequacy “in light of the serious regulatory, moral, and ethical considerations involved”. It also cancelled a contract with the California-based company Advanced Bioscience Resources (ABR) on the supply of foetal tissue to the US Food and Drug Administration (FDA) and promised to audit similar government contracts.

The move followed discussions in wake of letters to the HHS and FDA heads from anti-abortion groups and lawmakers decrying the contract.

“It is completely unacceptable to discover that the FDA is using federal tax dollars and fomenting demand for human body parts taken from babies who are aborted”, the message to HHS Secretary Alex Azar read.

In December, the US presidential administration halted further contracts on the supply of foetal tissue, prompting such research to use frozen stocks.

The HHS’ National Institutes of Health (NIH) funded the lion’s share of such experiments, having spent $103 million on research using human foetal tissue in 2018, and expecting to allocate $95 million for such studies in 2019.

Clients of abortion clinics need to give their permission to donate foetal tissue; however, The Sun points out that it is unclear whether women are aware how the body parts are used. Abortion clinics are not allowed to sell them.