Adios Sh*t: Why £5 Billion Sewer Will Finally Give London a ‘Clean River' 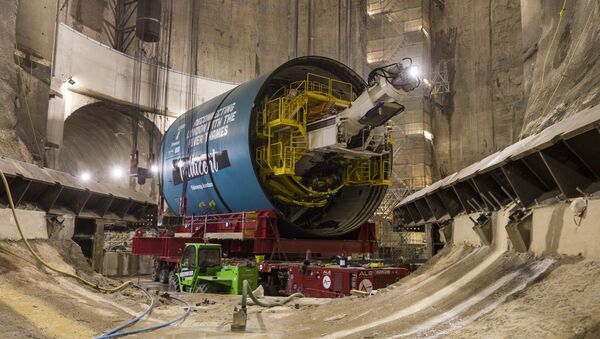 © Photo : Thames Tideway
Subscribe
An estimated 39 million tons of raw sewage currently run into the river Thames in London. Sputnik spoke to Hannah Shroot, a spokeswoman for the Tideway tunnel, about how it will fix the problem.

The latest boring machine for the £4.2 billion Thames Tideway tunnel — known as Charlotte — arrived on site in Wandsworth, south London on Tuesday, 5 February.

Four of the giant tunnelling machines are now in London, with two more due to arrive from Germany later this year. All have been given female names.

Between them they will create a huge tunnel, up to 60 metres deep, which will carry raw sewage from Acton in west London to Abbey Mills in east London, linking up with the £800 million Lea tunnel, which will take the steaming mass on to a treatment works in Beckton. 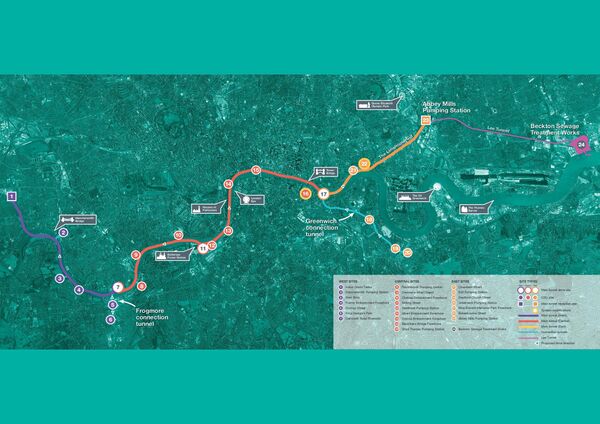 A map showing the Thames Tideway, which begins in Acton in west London and ends up at Abbey Mills sewage works in east London
© Photo : Thames Tideway

But why is it needed?

Sewers Bulging at the Seams

Hannah Shroot, a spokeswoman for Tideway, said the sewage system beneath London was built in the 1860s, based on plans by renowned civil engineer Joseph Bazalgette.

"It's now 150 years old and was built for a population of four million people and the population is more than double that now. The sewers are still in an excellent condition but they are full to capacity and 39 million tons of raw sewage is going straight into the Thames," Ms. Shroot told Sputnik.

At present when there has been heavy rain or when the sewers cannot cope for some other reason, the excess sewage comes out of overflow pipes and goes straight into the river, where it is eventually carried downstream.

But rowers and other river users regularly see sanitary towels, condoms, toilet paper and faeces in the water.

So a huge tunnel is being constructed right underneath the Thames and instead of the excess sewage going into the river, it will be carried deep underground into the new tunnel, which is being built at a gradient so that the sewage and rainwater is carried away by gravity.

The tunnel will be 15 miles long, wider than the clock face on Big Ben and, at its eastern end, deeper than Nelson's Column.

How Sewage Tunnel Could Become a Tourist Attraction

All along the river artificial promontories are being built, under which the overflow will flow into the tunnel, and these will eventually be landscaped and could even become tourist attractions. 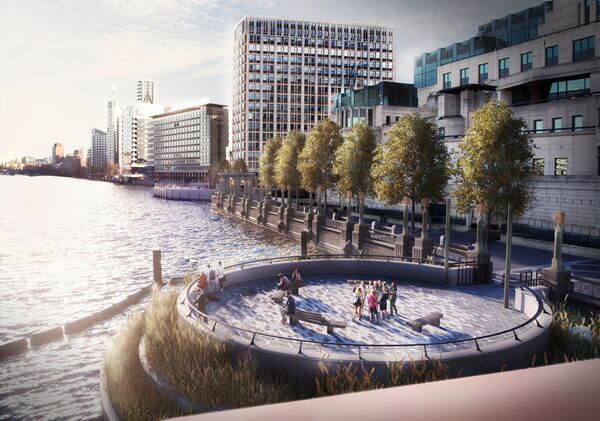 The new entrances to the giant sewage tunnel will be covered up by landscaped areas such as this one on the Albert Embankment
© Photo : Thames Tideway

The whole project is costing a huge amount of money and Tideway — which is a consortium of investors which includes Allianz, Amber Infrastructure and Dalmore Capital — will get its money back, with a dividend, from a premium added to the bills of 15 million Thames Water customers.

"I don't want to say it's the biggest tunnel of its kind, because Singapore and Portland (Oregon) have been building similar systems, but it's certainly one of the biggest," Ms. Shroot told Sputnik.

Up to 4,000 workers will work on the tunnel during the peak phase of construction, with 25 percent of those drawn from the various London boroughs through which the system passes.

"Work started in 2015 and we are now working at all 24 sites. The first boring team started last year and the other five will all start this year. It is due to be completed in 2024," Ms. Shroot told Sputnik. 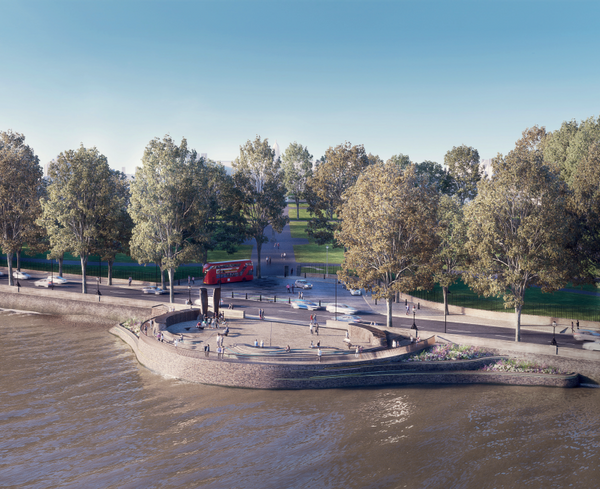 An artist's impression of the reclaimed land in the Thames at the Chelsea Embankment, underneath which will be the new sewer
© Photo : Thames Tideway

Could Brexit Block the Drain?

"It will reconnect London with the river, rejuvenate it and give people the opportunity to enjoy a clean river," Ms. Shroot told Sputnik.

But with hundreds of EU nationals among the workforce and two of the boring machines still in Germany, could the project be disrupted by Brexit?

"Like the wider business community, we have concerns about stability surrounding Brexit. We have a good idea of the possible impact and there will be some challenges, but we are well-prepared and will wait and see," Ms. Shroot told Sputnik.