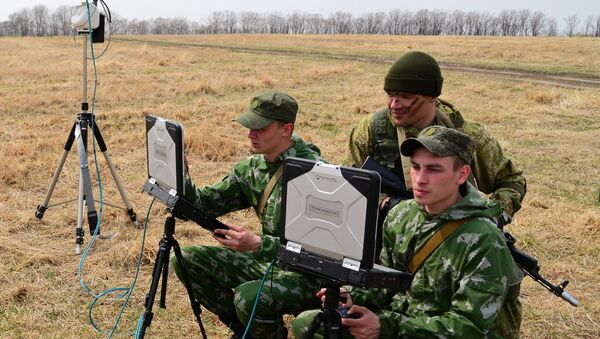 Russia has upped its focus from small-scale conflicts to contential-size conflicts and is working to further increase its preparedness, a Swedish report has said.

Russia is training its ability to carry out large-scale wars, the Swedish Defence Research Agency (FOI) has written in a recent report.

The report "Training for War: Russia's Strategic Military Exercises 2009-2017" was completed on behalf of the Defence Ministry, who wanted an assessment of Russia's military intentions.

While it previously used to concentrate on managing small-scale conflicts, Russia has upped its focus on strategic military exercises. They are conducted once a year in all directions in order to train the ability to wage a war over an entire continent, the report said.

"Russia is preparing to fight regional wars that can be prolonged, against contemplated actors the size of China or even NATO", FOI research director Johan Norberg, one of the authors of the report, told national broadcaster SVT.

According to FOI, the Russian Armed Forces have drastically improved their combat readiness and the ability to rapidly move from everyday activities in peacetime to being able to solve combat tasks at war.

"The important thing is that you train the military brain and the nervous system. The muscle is already there. You would want to keep the brain going", Norberg explained.

According to FOI, the extent of Russia's annual exercises has increased dramatically from 2009 to 2018. In 2018, 300,000 people gathered at the military drill Vostok 2018 in the eastern part of the country. Although China and Mongolia also participated in the major drill, FOI's assessment is that it is essentially political and has little significance for Russia's military capability.

Since 2013, Russia has been systematically carrying out contingency checks in order to further increase preparedness, the report said.

"This way, they are always prepared if someone calls you and says now is the time. They do it from the highest level downwards, and a few times a year starting from the president himself, who is also the commander-in-chief", Nordberg explained.

In recent years, Sweden's rhetoric toward Russia has become sharper. Following Crimea's re-unification with Russia, which in Scandinavia is most often portrayed as an annexation and a token of Moscow's aggression.

"From time to time we note provocative behaviour on the Russian part", Defence Minister Peter Hultqvist said during the conference People and Defence in January. He also claimed that Russia invests heavily in conventional military and nuclear arms and behaves in an increasingly assertive way.

In 2017, Sweden conducted the Aurora 17 drill, which gathered over 20,000 soldiers from eight countries, including NATO members, and became Sweden's largest military exercise since the Cold War era.

In late 2018, Sweden took part in the NATO drill Trident Juncture 2018, which numbered over 50,000 participants, thus becoming the largest in Norway in recent decades.

Although the "Russian threat" has been systematically used as a pretext for military beef-ups, including the re-militarisation of the Baltic island of Gotland, which became a demilitarised zone shortly after the end of the Cold War, Sweden's own military capacity has been often criticised by army professionals.

"The lowest possible threshold for having a credible ability to meet a limited attack against Sweden would be between four and six brigades, plus forces in Stockholm and on Gotland", Neretnieks told the newspaper Expressen.