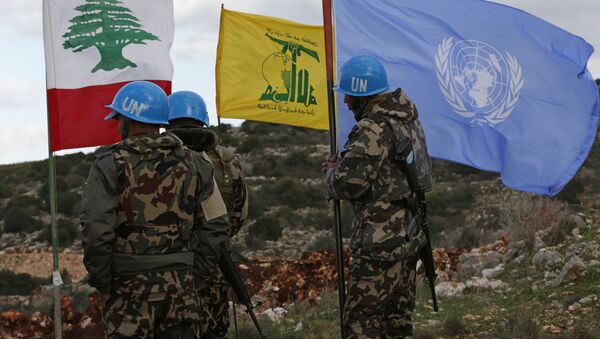 The newly formed Lebanese government declared in a draft statement of government policy that it will maintain its existing position of keeping out of regional conflicts like Syria.

The decision is consistent with Lebanon’s principle of "disassociation" which was taken in 2012 to keep the deeply-divided state formally out of complex regional disputes such as the lengthy war in neighboring Syria, according to Reuters.

The United States had previously urged the newly formed Lebanese Cabinet on Friday to ensure that Hezbollah does not benefit from the resources and services available to the government ministries that it now heads, according to State Department spokesperson Robert Palladino.

“We as a state are committed to distancing ourselves from events in the region,” Lebanon's Information Minister Jamal al-Jarrah said after a policy committee meeting.

Lebanon Forms New National Unity Government After Nine Months of Deadlock
The declaration came as a part of a draft ministerial statement which includes all the reforms contained in a Paris conference of donors as well as a commitment to reduce the deficit and carry out fundamental reforms in various sectors.

Jarrah said the policy committee had finished its work and the document would be approved by the cabinet on Wednesday, before being sent to parliament for approval. The committee is also to make policy recommendations on the presence of Syrian refugees and economic reforms.

A new unity government was formed among Lebanon’s rival parties after nearly nine months of deadlock and, like the previous coalition, it is headed by Prime Minister Saad Hariri. Hezbollah, a group which is accused by Israel and the United States of fighting in Syria, got three seats out of 30, including control of the health ministry, which takes up the largest part of the country’s budget.