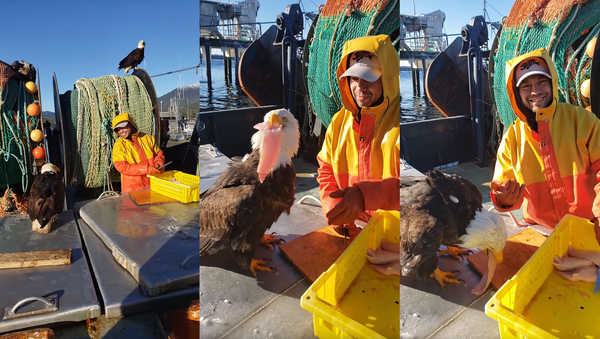 © YouTube/Viral Hog
Subscribe
International
India
Africa
This US national bird has a taste for Canadian fish!

A Viral Hog video posted Wednesday features one fisherman who found himself forced to give up a few fish to America's emblem.

The footage, recorded in British Columbia, Canada, shows one of the fearless fowls perched patiently near the fisherman, who attempts to shoo it away. After many failed attempts, the eagle actually succeeds in swiping a hunk of fish before it could be filleted.

Rather than getting frustrated with the fowl, the Canadian fisherman instead pets the bird toward the end of the clip. He'll definitely be back!