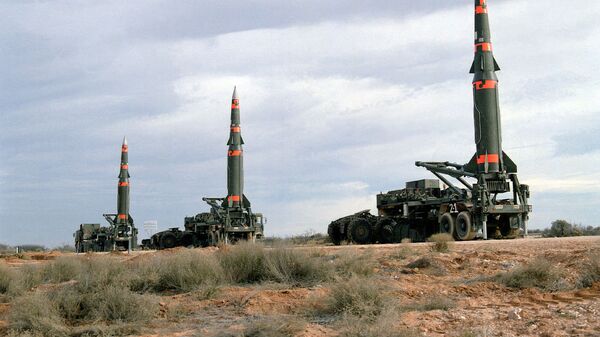 Ekaterina Blinova
All materialsWrite to the author
There are three reasons why Washington quit the Intermediate-Range Nuclear Forces (INF) Treaty, Dr Paul Craig Roberts, former US assistant secretary of the Treasury for economic policy under President Ronald Reagan, told Sputnik, explaining how Trump's move is part of Washington's broader plan.

The Trump administration's pull-out from the INF Treaty is yet another step on Washington's road to military hegemony over Russia, says Dr Paul Craig Roberts, an American economist, author and former US assistant secretary of the Treasury for economic policy under Ronald Reagan.

On 2 February the White House officially announced its decision to quit the INF Treaty under the pretext of Russia's alleged violations of the pact. Moscow strongly denied the accusations, signalling that it would also withdraw from the agreement in response to the US' move.

"Washington has been determined to achieve military hegemony over Russia since the Clinton regime violated US and European promises to Gorbachev that NATO would not expand to the East if the Soviet Union withdrew its military forces,"  Dr Roberts told Sputnik, referring to the times of the Warsaw Pact collapse between 1989 and 1991.

"Today I am giving formal notice to Russia that the United States of America is withdrawing from this almost 30-year-old treaty," Bush announced on 13 December 2001.

Dr Roberts elaborated that the Bush administration left the agreement "in order that the US could build an anti-ballistic missile shield that would negate Russian retaliatory ability and enable Washington to exercise nuclear blackmail over Russia".

However, "Russia's new hypersonic missiles make the missile shield obsolete, and Washington's response is to tear up the intermediate range missile treaty (INF) so that missiles can be placed on Russia's borders, thus precluding any reaction time," the former official highlighted.

But that is not all, he stressed, as "the Trump regime has announced that it will not renew the Strategic Arms Reduction Treaty (START) in 2021".

"The [START] treaty limits the number of nuclear warheads and delivery systems to 1,550 and 700, more than enough to destroy all life on earth. Withdrawal from this treaty is strategically pointless and simply sends a message of US aggressiveness toward Russia," Dr Roberts said. 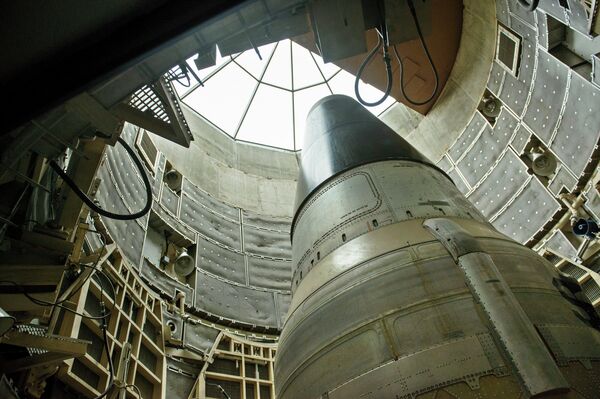 There are three reasons why the Trump administration pulled out of the INF treaty, according to the author.

First, new intermediate missiles will be "most useful" for Washington "when placed on Russia's borders as they can hit their targets before there is sufficient warning time to react".

He recalled that the Obama administration budgeted $1 trillion for additional nuclear weapons and delivery systems "in addition to the annual $1 trillion budget of the US military/security complex".

However, "as these weapons are not necessary, starting a new nuclear arms race with Russia is a way for Washington to justify squandering a huge amount of taxpayers' money on unneeded nuclear weapons," the economist explained.

Third, "Washington can deploy the missiles close to China thus gaining advantage in a military confrontation with China," he added.

'Doomsday Clock is Ticking': Prof. Warns About Implications of US' INF Pull-Out
On 23 January 2019, the Russian Ministry of Defence held a presentation of the 9M729 (NATO codename: SSC-8) missile system, unveiling its technical specifications. According to Washington, the aforementioned rocket violated the INF Treaty, which prohibited the production, possession, or flight-testing ground-launched, intermediate-range cruise missiles with a range between 500 (311 miles) and 5,500 kilometres.

However, the presentation indicated that the 9M729's range is 480 km, thus fully complying with the pact's requirements. NATO, US and EU representatives who were invited to the event opted to snub it.