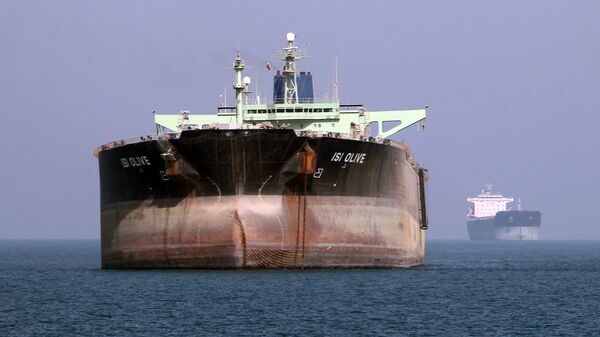 © AFP 2023 / ATTA KENARE
Subscribe
International
India
Africa
MOSCOW (Sputnik) - Greece and Italy have stopped purchasing Iranian oil, even in spite of the fact that they both had received waivers from US sanctions on the sector, Iranian Petroleum Minister Bijan Zangeneh said on Tuesday.

"Among the Europeans, except for Turkey, no other nation has purchased oil from Iran. Greece and Italy refuse to buy Iran's oil despite winning waivers. And they don't respond to our correspondence," Zangeneh said, as quoted by the ministry.

The United States intends to prevent Tehran from making money on exports and will block any money transfer if Tehran does manage to sell oil, he added.

The minister refused to provide any data about Iranian oil exports for the period after the sanctions came into effect. He also refused to say what Iran would do to bypass the US measures.

The United States reinstated sanctions against Iran following Washington's withdrawal from the Joint Comprehensive Plan of Action in May. The first round of sanctions came into force in August, followed by a second round that specifically targeted Iran's oil exports in November. However, eight countries — China, Greece, India, Italy, Japan, South Korea, Taiwan and Turkey — were granted temporary waivers for importing Iranian oil.