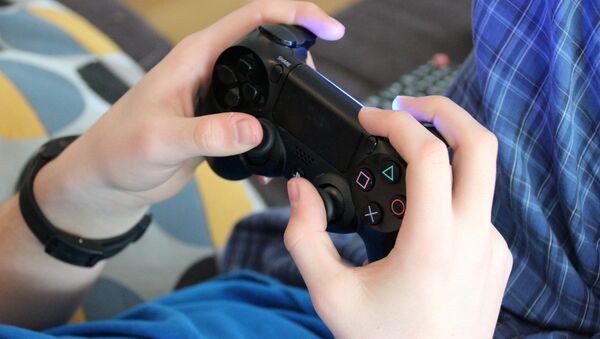 CC0 / /
Subscribe
Recently, an 11-year-old student filed a plea through a lawyer urging the Mumbai High Court to ban the PUBG online game, arguing that it “promotes violence, aggression and cyber-bullying.”

An 18-year-old Indian boy addicted to 'PlayerUnknown's Battlegrounds' (PUBG) allegedly killed himself after his family denied him a costly smartphone for playing the online game, according to a report in the The Hindustan Times newspaper.

A case of accidental death was subsequently registered at a Mumbai police station after the teenager's body was found hanging from the ceiling fan of his residence.

Excessive Screen Time Affects Children’s Brain Patterns - Study
PUBG is an online multiplayer game where about 100 players fight it out in free-for-all combat, where the sole survivor emerges victorious. According to recent research conducted by internet service provider Jana for Quartz, around 73.4 per cent of total PUBG players mainly rely on PUBG MOBILE.

Last week, Indian Prime Minister Narendra Modi brought up PUBG during his interaction with teens on the subject of exams.

During the second edition of "Pariksha pe Charcha", an annual discussion forum between the prime minister, students and parents before the board exams, a worried parent asked the PM for guidance on controlling her son's growing interest in online games, to which Modi asked: "Is he a PUBG player?"

"The petitioner has also sought a direction to the central government to form an Online Ethics Review Committee for periodical checking of such violence-oriented online content," NDTV quoted the petitioner's lawyer as saying.