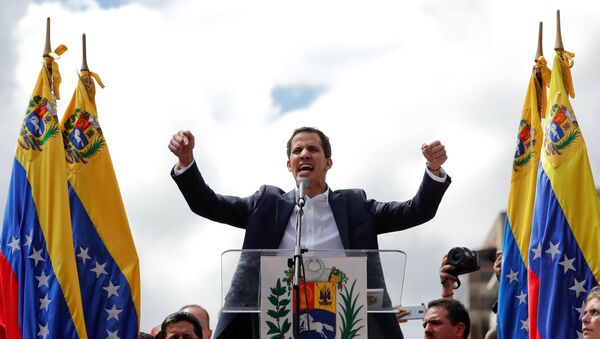 © REUTERS / Carlos Garcia Rawlins
Subscribe
With international forces in support of self-proclaimed Interim President of Venezuela Juan Guaido delivering ultimatums to the Venezuelan government and making plans to force the situation toward either coup d’etat or civil war, one question being debated is whether they really can force regime change.

000000
Popular comments
Send Haley and Bolton home , they failed in their "regime change job . How can a 35 year old Guaido , rich as they come , appeal to the majority Poor , it has no chance of success . Chavez showed the way , building social institutions for the Poor , fed them , housed them and medicated them by bringing in Cuban doctors , thousands of them . Maduro has continued the social improvements started by Chavez . Importantly , the army , in the majority , support the Bolivian Revolution , and remain loyal to Maduro .