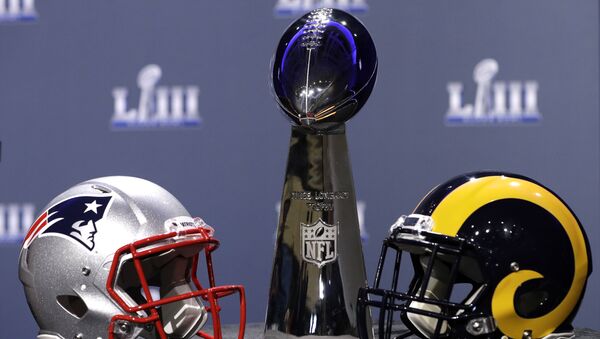 © AP Photo
Subscribe
The Super Bowl, American football's championship game, is the most-watched annual sporting event in the United States; since 1967, it has marked the conclusion of the fall football season and determines the best team in the National Football League (NFL).

Super Bowl Champs Slam Fox News for Using Team Prayer Photos as ‘Propaganda'
According to media reports, the game was highlighted by a standoff of generations at quarterback and head coach. This was billed as a battle pitting 41-year-old Tom Brady and 66-year-old Bill Belichick of New England against 24-year-old Jared Goff and 33-year-old Sean McVay of Los Angeles.