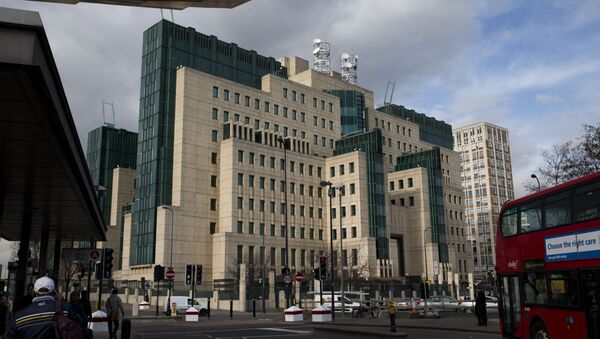 The woman claims she was beaten, tortured and humiliated by a group of three men with US and UK accents during her trip to Somalia in 2013.

Muna Abdule, a woman who married a Daesh* cleric and recruiter, has filed a lawsuit against the UK's intelligence services, who she claims beat and tortured her during an interrogation about her husband.

According to the lawsuit, the woman had been detained and interrogated in 2013 after she visited her husband Abdelqadir Mumin in Somalia.

A UK citizen of Somalian origin sporting a fancy orange-dyed beard, Abdelqadir Mumin used to preach radical Islam at Greenwich mosque in London, but fled to Somalia after he drew the attention of MI5 in 2010. There, he recruited for al-Qaeda affiliated terror group Al-Shabaab, and later pledged his allegiance to Daesh. Mumin lived in Sweden before he moved to the UK.

Ac, cording to Muna Abdule's lawsuit, a group of UK intel agents detained her in Somalia and subjected her to interrogation, which included beating with metal cables and various forms of humiliation.

"She says she was hooded in a manner which made it painful for her to breathe," the court papers read. "She was threatened with being killed… She was frightened and slept little."

Iraqi Paramilitary Forces Allege Daesh Responsibility in Pilgrim Bus Attack
The papers say the interrogators, whom Abdule believes were MI6 agents, included two men with US accents and one man with a British accent, according to the Daily Mirror report.

If the judge rules in her favour, Abdule stands to receive $1.3 million (£1 million) in compensation. Earlier, the UK government paid a total of $26 million to 20 different claimants after they accused the UK of torture outside its territory.

"Despite the Government's insistence it eschews torture, my client's case… tells a different story," said Shubhaa Srinivasan, Abdule's lawyer, according to The Daily Mail.

A High Court judge has reportedly allowed the government to apply for the most sensitive parts of the case to be heard in secret.

The UK Foreign Office has not yet commented on the case.