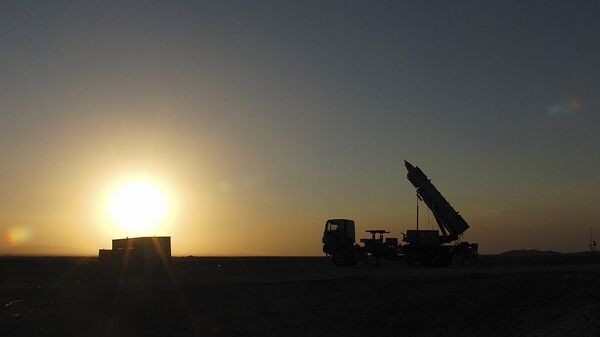 Iran's policy of limiting the capabilities of its missile forces will change if European powers and others continue to try to force the country to leave itself defenceless, Islamic Revolutionary Guard Corps second-in-command Brig. Gen. Hossein Salami has warned, PressTV reports.

"If the Europeans and others want to pursue the missile disarmament of the Islamic Republic of Iran based on a conspiracy, we will have no option but to resort to a strategic leap," Salami said.

Iran Unveils Massive New Cruise Missile Amid US Taunting (VIDEO)
"Our defence strategy can change commensurate with the conditions and changes in the behaviour of the players," Salami added.

According to the officer, Iran is maintaining a cap on the range and power of its missiles based on the country's defensive strategy, even though technically, it does not face any limitations in terms of improving its arsenal.

"All that hear me today, come to terms with the new reality of Iran's missile might: there are no obstacles or technical limitations to us increasing [the missiles'] range," he said.

In recent months, the US and several of its European allies, including France, have voiced concerns over Iran's arsenal of rockets and missile testing activity, threatening sanctions against the country and claiming that the testing activity violates the terms of the 2015 nuclear deal. Tehran has denied the claims, arguing that its missile testing activities are in full compliance with international treaties, including the nuclear deal, and stressing that Iran's possession of a "defensive" missile capability was "not negotiable."

US Intel Chief Warns Israel: Iran Could Retaliate in Case of New Syria Strike
Last week, French Foreign Minister Jean-Yves Le Drian said Paris would impose fresh sanctions against Tehran if talks over Iran's missile program don't pan out. Earlier, the US, which withdrew from the Iran nuclear deal last May, warned of new sanctions against Iran over its missile capabilities.

Iran has a large arsenal of domestically developed conventional short-, medium- and long-range missile systems, including the Shahab and Zelzal series and the Fateh-110, among others. The US, the European Union, Saudi Arabia and Israel have argued that these weapons pose a threat to regional security.