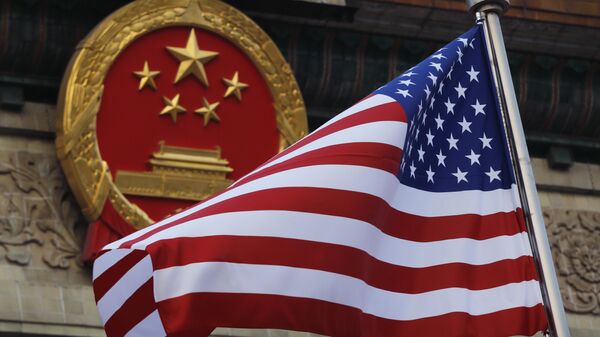 According to state news agency Xinhua, during the session's closing, Wang Huning, described as Beijing's ideology guru and one of the party's most powerful members, urged cadres to fight "a tough battle" in preventing risks. In addition, both Xi and Wang encouraged cadres to develop "bottom-line thinking" to be prepared for the "worst-case situation."

During the meeting, Xi referred to "unpredictable international developments and a complicated and sensitive external environment," alluding to Beijing's trade war with Washington.

The US and China have been engaged in a trade war since US President Donald Trump in June 2018 announced that $50 billion worth of Chinese goods would be subject to a 25-percent tariff. Since that time, the two countries have exchanged several rounds of new tariffs, levying duties of hundreds of billions of dollars on a wide array of imports. US and Chinese delegations are currently in trade talks even as Washington warns that it will further increase tariffs on goods if a trade deal is not reached by March 1.

According to Chinese Academy of Governance spokesperson Zhu Lijia, Xi and Wang's remarks reveal Beijing's deep concern regarding a punishing trade war between the two superpowers.

"The speech [by Xi] is sternly worded and very solemn," Zhu told the South China Morning Post (SCMP). "The impact of the trade war on China's economy is likely to weigh in 2019."

"It's not just the United States, but also the European Union, Australia and other [Western] countries, that [are together] in this ideological confrontation," Zhu added.

Political commentator Zhang Lifan agreed that the trade war has the US and Chinese relationship deteriorate.

"The trade war might not end this year, and even if it does, the structural changes to China's economy [demanded by the US] would pose a challenge to the Communist Party," Zhang said. "And [the changes demanded by the US] won't be enough to end the long-term confrontation and the fact that US considers China a rival."

"[Xi] identified seven areas of risk — basically there's nothing that does not constitute a risk," Zhang said. "It's the most serious statement from Xi and usually it comes with the need for the party to further unite around him."

The Trump administration has repeatedly accused Beijing of unfair trade practices, in particular, theft of US technology and of US companies' intellectual property.

On Monday, the US Justice Department unsealed a host of new criminal charges, including bank fraud, obstruction of justice and theft of technology against Chinese telecommunications giant Huawei and its Chief Financial Officer (CFO) Meng Wanzhou, further chilling the relationship between DC and Beijing.