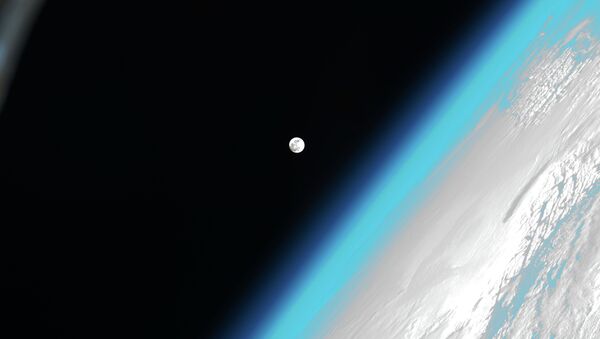 © NASA
Subscribe
International
India
Africa
The China National Space Administration announced that the Chang’e-4 moon mission lander and rover have survived their first lunar night on the far side.

Science & Tech
Galaxy as 'Old as the Universe' Spotted by Hubble Telescope
The rover, nicknamed Jade Rabbit-2 and Yutu-2, awoke Tuesday at 20:00 CST and was joined by the lander later on Wednesday at 20:39 CST. According to officials, the lander is stationed approximately 60 feet northwest of the rover, and communication and data transmissions between the two are stable.

According to UK outlet The Register, the rover was awoken first so as to release excess heat from its surface area.

Technicians working with the Chinese space agency told Xinhua that the Chang'e-4 recorded the moon's surface temperature dipping to —310 degrees Fahrenheit, much colder than initially expected.

"According to the measurements of Chang'e-4, the temperature of the shallow layer of the lunar soil on the far side of the moon is lower than the data obtained by the US Apollo mission on the near side of the moon," Zhang He, executive director of the Chang'e-4 probe project, told the outlet.

Temperatures on the moon vary widely, as a single lunar night lasts about 14 Earth nights. China's rover previously went on standby earlier this month to protect itself from lunar surface heat, after the Chinese space agency noted temps upwards of 390 degrees Fahrenheit.

The Chang'e-4 probes were deployed on January 3 to further study the lunar environment, cosmic radiation and interaction between solar wind and the moon's surface, Xinhua reported earlier this month.