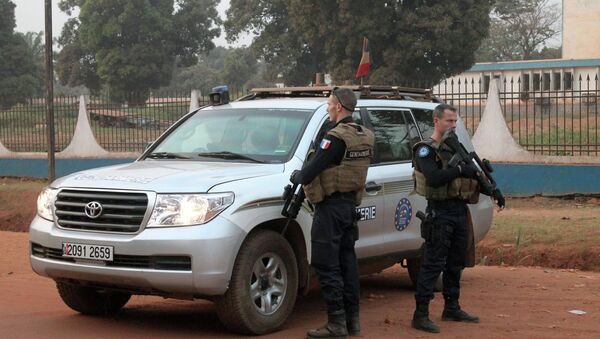 MOSCOW (Sputnik) – The peace talks between the Central African Republic (CAR) government and a number of opposition groups in Sudan's capital, Khartoum, are set to conclude on Saturday, African Union Commissioner for Peace and Security Smail Chergui told Sputnik on Friday.

"I am positive and optimistic about finalizing the agreement very soon. We will conclude the talks tomorrow […] All the issues have been well addressed. The spirit was good. It is the first time that the government was meeting with these 14 armed groups. The atmosphere was conducive", Chergui, who was overseeing the talks, said.

Earlier on Friday, AFP reported, citing an unnamed governmental source, that the latest round of CAR peace talks under the aegis of the African Union had been suspended due to parties wishing to consult among themselves, outside of the framework of the current talks, on issues related to amnesty.

Peace talks in Khartoum have been ongoing since 24 January, with parties moving on to a discussion of their commitments from Wednesday.

Africa
80 US Troops Deployed to Central Africa Over Concerns of Violence in Congo
CAR has been engulfed in the internal conflict involving the mainly Muslim armed group Seleka, the Christian Anti-balaka militia, and government forces since 2012. According to the UN data, up to 6,000 people have been killed.

In late August last year, Seleka group and Anti-balaka militia signed a declaration of understanding after a Russia-brokered peace meeting in Khartoum. The Russia-mediated talks in Khartoum complemented those in the CAR town of Bouar, held under the aegis of the African Union.

The ministry added that Moscow would send 60 more military advisers and a second batch of military supplies to the African country, and stressed that all such assistance programs were being carried out in compliance with the UNSC sanctions regime.