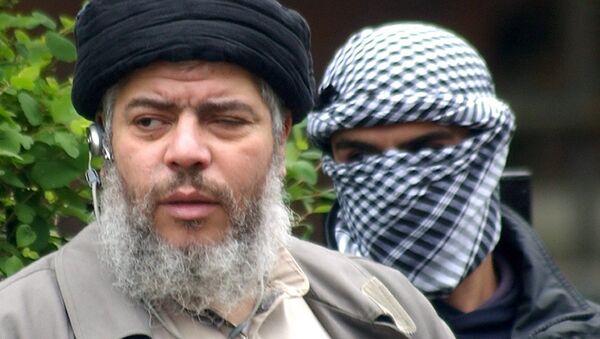 The son of the imprisoned cleric was charged with illegal possession of a firearm as a part of an investigation into the New Year’s Eve murder of a security officer.

Kamel was previously charged with intent to cause fear or danger and possession of a firearm when prohibited for life as part of an investigation into the murder of a security officer at a New Year's Eve party in the West End of London, the Independent reports.

Brit Calls for Muslim Girls to Have 'Ovaries Burnt' to Not 'F**king Multiply'
However, on Thursday, the Crown Prosecution Service announced it had discontinued the case.

"On Friday, January 25, the Crown Prosecution Service served notice of the fact that the matter had been further considered and the decision taken by them to discontinue the matter at this stage. The matter is therefore discontinued," Judge Mark Dennis QC said at a hearing attended by the media.

A Service spokesman later elaborated on the statement: "We have a duty to keep cases under continuing review, and, following a further review of all the available evidence in this case, we concluded that the evidential test to provide a realistic prospect of conviction was not met," he said.

Tudor Simionov, 33, was working as a security guard outside the private event in central London, on January 1. He was attacked at about 5:30 a.m. and stabbed to death as he tried to stop gatecrashers storming into the party, according to the Independent.