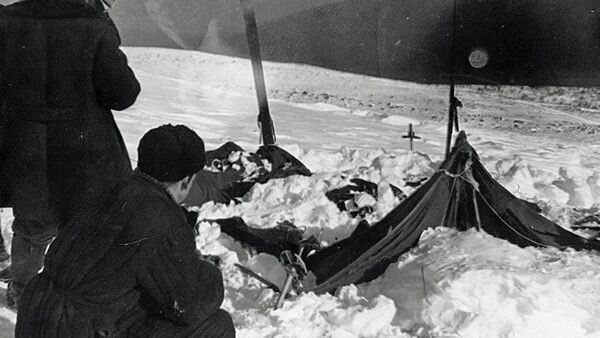 MOSCOW (Sputnik) - Russian prosecutors will travel to the Dyatlov Pass in the Ural Mountains in March to relaunch the investigation into the unsolved deaths of nine hikers who perished on the mountain 60 years, Alexander Kurennoy, the spokesman of the Russian Prosecutor General's Office, said on Friday.

According to Kurennoy, the prosecutors decided to restart the investigation into the incident, which took place between February 1-2, 1959, due to requests from relatives of the victims. Investigators also took into consideration the continued interest in the incident expressed by both the media and the public.

"Between March 10-20, employees of the Sverdlovsk Region Prosecutor's Office will fly to the site of the incident together with geodesy experts and employees of the Emergencies Ministry," Kurennoy said, as broadcast by video service Efir.

He specified that only prosecutors were authorized to carry out an investigation into such an old case.

"The procedural deadlines have expired for all the other competent bodies, but this is not the case with prosecution agencies. Apart from that, a new law has come into force that authorizes the prosecution to commission special expert evaluations as part of a probe," Kurennoy said.

He added that the prosecutors had already carried out preparations for the probe, which included an analysis of the over 400-page criminal case.

The mysterious accident took place in February 1959, when a group of Soviet tourists trying to reach the Otorten peak in the Northern Urals set up camp on the slopes of Kholat Syakhl in an area now called the Dyatlov Pass — it was named after the group's leader, Igor Dyatlov. At night they inexplicably fled the camp while inadequately dressed for the extreme winter climate.

Their bodies were discovered later that month. While the investigation concluded back then that deaths had been caused by a natural disaster-triggered accident, scores of other theories have emerged, including those involving paranormal events or military equipment tests. To this date, the incident remains a mystery.