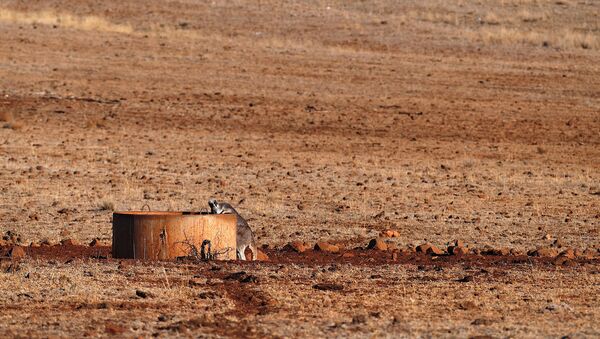 In a Friday media release, Australia's Bureau of Meteorology announced the country experienced record mean temperatures, warmer than any month on record, in January.

While the US is experiencing record lows in some areas, those down under experienced "unusually warm conditions" in the first few weeks of 2019, according to Australian Bureau of Meteorology senior climatologist Andrew Watkins.

The January climate summary revealed that average temperature across the country exceeded 30 degrees Celsius, rainfall measurements fell below average and Australia's north experienced a "delayed onset" to the monsoon season.

But is this warmth just a freak incident?

"With the last four years (2015, 2016, 2017, and 2018) being the warmest globally on record and with the severe heatwaves that occurred last summer in many countries north of the equator (the US, Europe, India, Japan) it should come as no surprise that there should be heatwaves south of the equator during their summer. Australia is one of the countries that will suffer considerably from the increasing climate instability," Fred Magdoff, professor emeritus of plant and soil science at the University of Vermont and co-author of "What Every Environmentalist Needs to Know About Capitalism: A Citizen's Guide to Capitalism and the Environment," told Sputnik via email following Australia's Friday press release.

New South Wales in particular recorded unprecedented heat in terms of mean, maximum and minimum temperatures, with the state's northeast region experiencing "one of the driest Januarys on record."

In all the talk about heat (geez its been hot), you might not have noticed how dry its been. Most of country at 20% of normal January rain or less, with just a couple of days left in the monthhttps://t.co/gClP26CKON pic.twitter.com/UPPlbRVSwn

"The main contributor to this heat was a persistent high pressure system in the Tasman Sea which was blocking any cold fronts and cooler air from impacting the south of the country," Watkins states in the release.

In mid-January, Sputnik reported the heat in southern Australia caused a number of injuries to both animals and humans — predominantly farmers.

Many locals have banded together and been forced to get creative in efforts to save local wildlife.

A number of clips have popped up featuring Australians helping out kangaroos and koalas, such as the video seen below.

One New South Wales individual recorded the stunning difference his water aerator made for local fish stocks previously residing in water with low oxygen levels. The farmer added, "There has been huge public interest and support, and other irrigators [are] joining in."

Before January even began, one man demonstrated the record temperatures in western Australia's Karratha and stunned netizens by frying an egg on his dashboard inside his car.

"The warming trend which has seen Australian temperatures increase by more than 1 degree in the last 100 years also contributed to the unusually warm conditions," Watkins concludes in the release.

The Bureau of Meteorology expects the heatwave to continue throughout April.