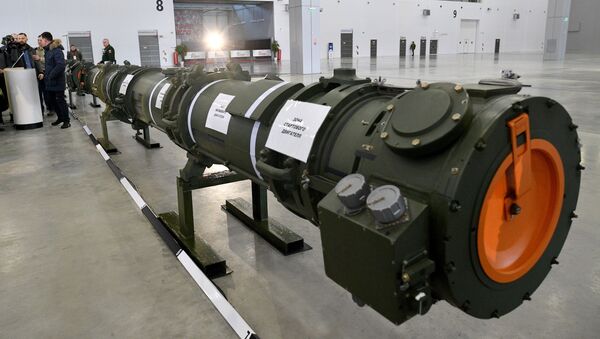 Russian Deputy Foreign Minister Sergei Ryabkov said Thursday that Moscow would continue working toward a settlement on the disputed INF Treaty, adding that the issue would be more difficult because the 60-day deadline set by Washington is a "game aimed at covering up the decision to quit the agreement".

The Russian Deputy Foreign Minister has stated that the United States had not really expected an answer from Russia when it delivered a 60-day ultimatum calling for Moscow's compliance with the Intermediate-Range Nuclear Forces (INF) Treaty.

"The United States imposed a 60-day period during which we had to fulfil their ultimatum. I conclude that the United States was not expecting any decision and all this was a game made to cover their domestic decision to withdraw from the INF Treaty", Ryabkov told reporters after talks with US Deputy State Secretary Andrea Thompson on the sidelines of the summit of the five nuclear powers in Beijing.

The United States does not react to Russia's demands to settle the issue of MK-41 launching systems, which Russia believes contradict the Intermediate-Range Nuclear Forces (INF) Treaty, Russian Deputy Foreign Minister Sergei Ryabkov said after talks with US Under Secretary Andrea Thompson.

"There is no reaction whatsoever to our demands on US MK-41 universal launching systems already deployed in Romania and set to be deployed in Poland as part of Aegis Ashore complexes", the diplomat told reporters.

Ryabkov also said after meeting in Beijing with US Under Secretary for Arms Control and International Security Andrea Thompson that Washington has taken an absolutely destructive position on the Intermediate-Range Nuclear Forces Treaty, saying that the apparent suspension of US obligations under the agreement would take place this weekend.

The representatives of five major nuclear powers – China, France, Russia, the United Kingdom, and the United States — met in Beijing on Wednesday to discuss problems related to nuclear weapons control and proliferation.

On 4 December, US Secretary of State Mike Pompeo said that Russia had 60 days to start to comply with the agreement, or, otherwise, the United States could leave the treaty on February 2.

'INF Treaty Still Has a Chance' - German Foreign Minister
In October, US President Donald Trump announced his country’s intention to withdraw from the INF Treaty with Russia. The accord prohibits the development of ground-launched ballistic and cruise missiles with ranges between 500 and 5,500 kilometres (from 311 to 3,317 miles). The withdrawal means that the United States can now deploy ground-based missile systems in Asia, in close proximity to China.

The Russian authorities, for their part, have many times stressed that the country is in strict compliance with the obligations outlined in the treaty.