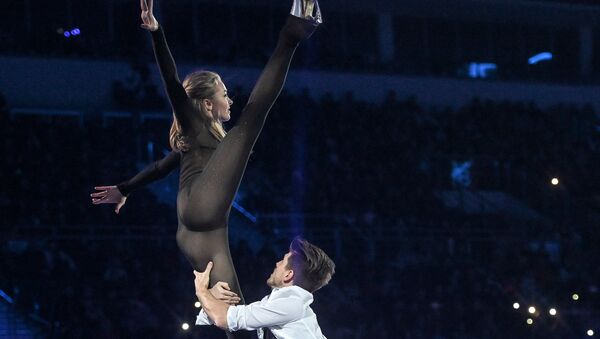 After figure skating world champion Elizaveta Tuktamysheva from Russia shook social media with a daring act where she removed her jacket during a gala show, another Russian athlete, ice dancer Alexandra Stepanova, has attracted a lot of media attention – which she might not quite have been expecting – with her body-tight black gala outfit.

Russian ice dancers Alexandra Stepanova and Ivan Bukin, who won silver medals at the 2019 European Championship in the Belarusian capital Minsk, have spoken out about their sensual gala performance — which may have overshadowed their sports achievements online.
Stepanova told the Russian outlet Sovetsky Sport that the couple and their team wanted the sensational costume to be “not vulgar”, while her partner noted that they wanted it “to be sexually-erotic, a little bit provocative”. The female skater admitted that they had not tested the scandalous suit under the limelight before the show and revealed that she might eventually change it.

“I hope that it did not look vulgar. We will check later how it looked on the ice. We just do not have the opportunity to look at costumes in arena lights. We look at them in regular light. So, maybe, we will change something, but if it is alright, we will leave it as it is”, she said. 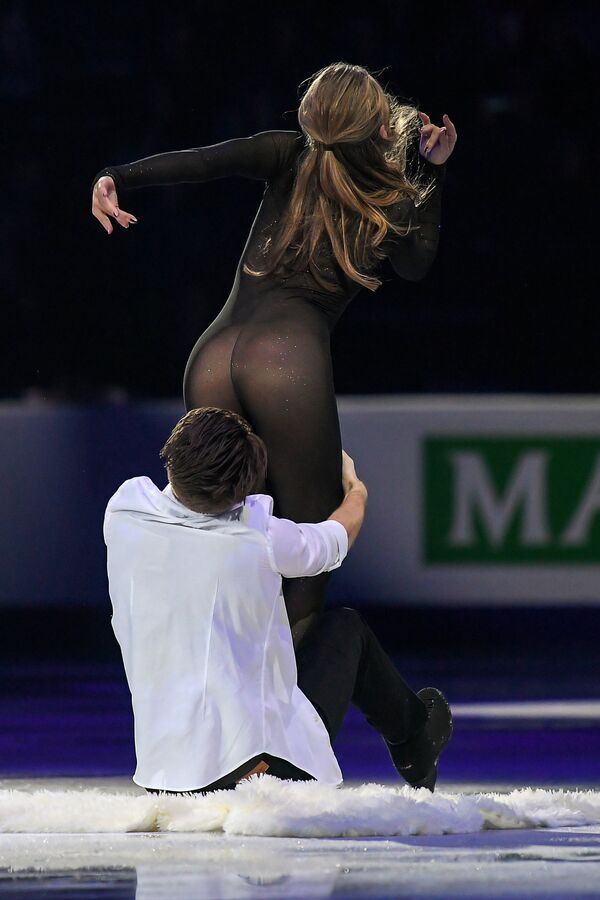 Stepanova also commented on a Russian skater who earlier sparked uproar with her cheeky performance, Elizaveta Tuktamysheva, who stripped on the ice to Britney Spears’ hit song Toxic. Stepanova revealed that her new fans should not expect a similar routine, pointing out that she and her partner have their own style, and Tuktamysheva’s  variant does not quite suit them.

Stepanova and Bukin’s performance to a romantic song with lyrics written by Noble Prize winner Boris Pasternak stirred netizens with its daring choreography and Stepanova’s one-piece sparkling costume, which seemed transparent under the lights of the Minsk arena.

​The outfit received a mixed response online. While some praised the daring choice and inquired whether the “super sexy” athlete wore undies, others shamed Stepanova for performing half-naked.