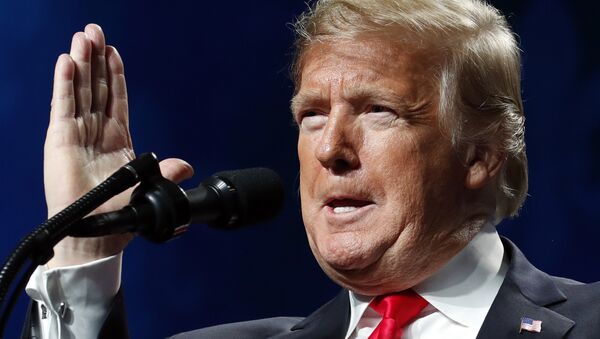 WASHINGTON (Sputnik) – US intelligence on Iran is both naive and passive at a time when the Islamic Republic is destabilising the Middle East and continuing to test missiles, President Donald Trump charged in Twitter statements on 30 January.

“The Intelligence people seem to be extremely passive and naive when it comes to the dangers of Iran. They are wrong!" Trump said. "Perhaps Intelligence should go back to school!"

Trump mentioned an Iran missile test last week and made an oblique reference to Tehran "coming very close to the edge. There [SIC] economy is now crashing, which is the only thing holding them back."

In testimony before Congress on 29 January, Director of National Intelligence Dan Coats said that Iran continues to comply with the international nuclear deal, despite Trump's rejection of the agreement and that continued compliance depends on whether the Islamic Republic receives promised trade and investment benefits.