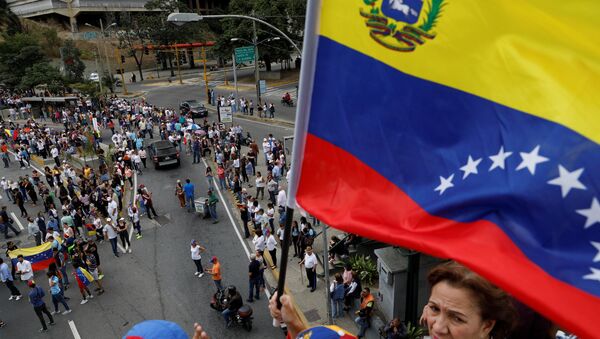 According to a statement by Uruguay's Foreign Ministry, the international conference on the current political crisis in Venezuela is to take place in Montevideo on 7 February.

More than 10 countries are planning to attend the event so far, Uruguay's Foreign Ministry says.

"The goal of the conference is to lay the groundwork for the creation of a new dialogue mechanism, with the inclusion of all Venezuelan [political] forces that would contribute to the return of stability and peace in the country", the statement said.

Earlier in the day, US special envoy for Venezuela Elliott Abrams warned the Venezuelan authorities against taking any actions to counter the country's self-proclaimed interim president Juan Guaido, reiterating recent threats by US National Security Advisor John Bolton, who warned that any "violence and intimidation" against the opposition leader would be met with a "significant response".

The UK, Germany, France, and Spain declared on Saturday their intention to recognise Juan Guaido as the country's interim president if Caracas does not announce snap presidential elections within eight days.

READ MORE: Trump Phones Juan Guaido to Express Support as US Ramps Up Pressure on Maduro