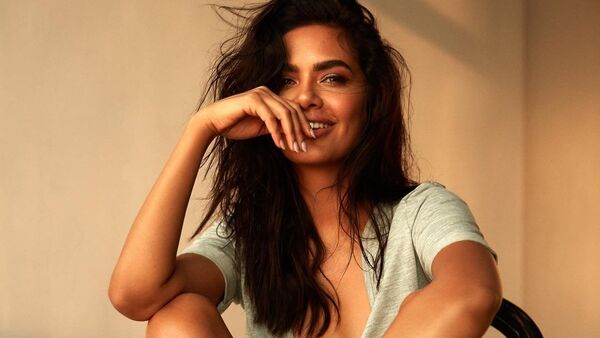 Enraged football fans have demanded an apology from Indian actress and Arsenal ambassador to the country Esha Gupta for laughing off a racist comment by a friend comparing Nigerian footballer Alex Iwobi to a gorilla.

New Delhi (Sputnik): Indian actress Esha Gupta, who was criticised on social media for being part of a conversation with her friend that had racist remarks against Nigerian footballer Alexander Iwobi, has apologised for the "stupid" comment by saying that she never thought it was racist.

Guys m sorry you thought it was racist. Was bad on my part, being a sports lover. Wallah never meant it. Sorry guys forgive the stupidity 🙏🏽 #gooner4life

Bollywood actress Esha Gupta was slammed left and right on social media after she posted on Instagram a screengrab of her WhatsApp conversation with a friend rueing Arsenal's recent loss to Manchester United. The conversation had her friend comparing Nigerian footballer Alex Iwobi to a gorilla. Concurring with her friend Esha replied, "Ha ha ha ha ha…..I honestly dunno why they don't bench him more".

Many on social media deemed her unfit for the role of Arsenal ambassador, demanding her immediate ouster.

“Sorry you thought it was racist” isn’t an apology. Try again. https://t.co/cmcaAwv042

Absolutely not. The arrogance for someone who’s associated with our club as an ambassador is extremely high here. Cannot believe she would upload this.

Have you sacked @eshagupta2811 yet @Arsenal?

Reactions came also from some Indians offering to apologise on Esha's behalf but not without slamming her first.

Wow!!! As a fellow Indian, I apologize on her behalf. It's baffling that she belongs to a country, India, which had to put up with decades of racist abuse by British Empire and yet she's this arrogant and insensitive towards racism. Apologies to everyone associated with Arsenal.

Seconded on behalf other Indian gooners

Not acceptable at all. Downright disgraceful