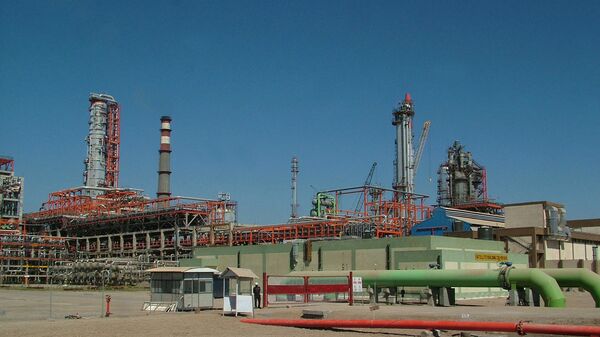 © AP Photo
Subscribe
International
India
Africa
DELHI (Sputnik) - India continues to be one of the main buyers of Venezuela's crude oil amid the background of the political crisis in Caracas and US sanctions on Venezuela's energy sector, a source in the Indian Foreign Ministry told Sputnik Tuesday.

"India continues to be one of the largest buyers of Venezuelan crude oil. Indian companies procure over 400,000 barrels per day. Of course, we are closely following the situation there, but the trading continues", the source said.

The source said that Delhi was planning to maintain cooperation with Venezuela in the energy sector.

"We will do our best to make sure that no country-specific sanctions will undermine our energy security", the source added.

World
Guaido Says Venezuela Needs European Assistance to Rebuild – Reports
The situation in Caracas escalated last week after Juan Guaido, the speaker of the Venezuelan National Assembly, declared himself the interim president. The US and some a number of other countries recognised him as the head of Venezuela, while the US also imposed sanctions on the Venezuelan petroleum company PDVSA, blocking at least $7 billion worth of its assets.

Other countries, including Russia, China, and Turkey, have vowed to back the legal government of President Nicolas Maduro.