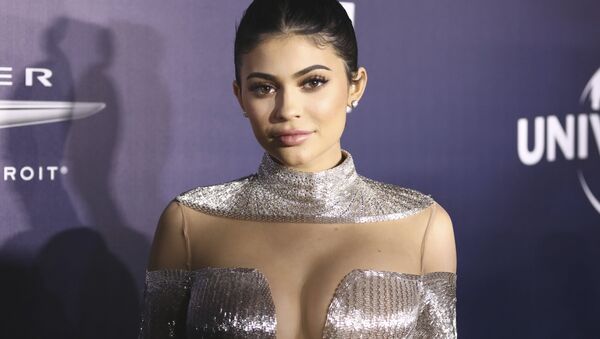 © AP Photo / Rich Fury
Subscribe
International
India
Africa
The rapper’s friends and business partners reportedly attempted to talk him out of including the verse about having sex with Kim Kardashian in the lyrics, but The Game chose “to rap his truth regardless of the consequences”.

American rapper and actor Jayceon Terrel Taylor, commonly known as The Game, has described his relationship with Kylie Jenner in a song where he also brags about having sex with Kim Kardashian, and at the same time “apologises” to Kanye West, TMZ reports.

According to the media outlet, a new clip of The Game’s song, shared by DJ Akademiks, mentions Kim’s sister Kylie Jenner, featuring the following lyrics: "Her sister made a billion in makeup. I used to make her Frosted Flakes when she wake up."

The media outlet also notes that his close friends and business partners urged him to drop the lyrics about Kim, or at least “to reach out to Kanye before dropping the track”, but he still chose “to rap his truth regardless of the consequences”.

"Can't imagine the Game lyric is sitting well with Ye. So far, no reaction," TMZ remarked.

A number of social media users criticised the rapper over the song's vulgar lyrics, with some claiming that the artist merely wanted to attract attention.

It's really pathetic and that Kylie line is kinda pedophilia pic.twitter.com/BtZ2X3VOJU

Uh oh.. he’s about to air all the pillow talk.

Now we know who the realist ones are,he had to mention these BIG names to remind the whole world he's still breathing. What a weak ass!! 😴😴

THEM: The Game slept with Kim Kardashian!

ME: That’s old news, in 2016 he told Wendy Williams he slept with three Kardashians; Kim, Khloe & had she married Rob, Blac Chyna.

PS: I see a pattern, he has to talk about sex with Kardashians’ to promote his music. 🥴 pic.twitter.com/xUHcpBgAj8