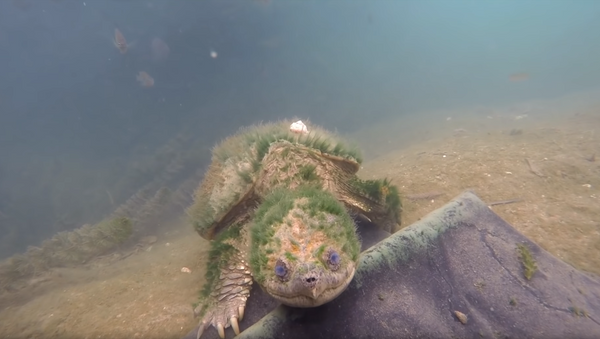 “Whatcha got there, whippersnapper?”

An elderly common snapping turtle has gone viral after its uncommonly friendly approach to a Texas State University scuba diver working with a conservation crew in the San Marcos River.

According to the student and worker, common snapping turtles are generally "shy and skittish," but this elderly fella, despite his impaired vision from cataracts, is "super friendly and curious."

Adding that the mature reptile is "living his best life," the scuba diver clarified that they did "not touch, harass or feed the turtle" for the purpose of the video.