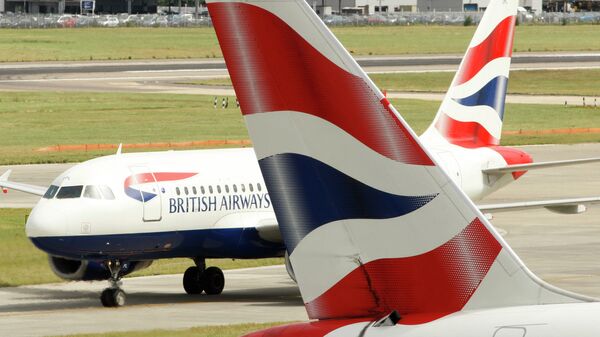 © AP Photo / Sang Tan
Subscribe
International
India
Africa
In the case of a no-deal Brexit, European carriers will have to prove they are more than 50% EU-owned and controlled in order to retain their flying rights within the bloc.

Members of the European Parliament have been in discussions over the way to a hard Brexit would be handled and scrapping the automatic cap on flights between the UK and EU, suggested by the European Commission.

An EP group has been reportedly trying to get relaxed rules on aviation ownership rules, which would affect airline groups, including IAG, the owner of British Airways.

The EU Parliament's Transport Committee urged the EU Commission to "grant a temporary exemption from the ownership requirement" until the end of March 2020 if airlines have the valid operating licenses and is less than half-owned by UK nationals.

In order to avoid no-deal implications, airlines should present "credible plans to change its ownership structure in a shortest possible time to comply with the ownership requirement."

The EP has yet to approve the amendments for rule relaxation, and companies like easyJet — with 49 per cent European ownership — still have time to decide on how they'd like to proceed in case of a no-deal Brexit.