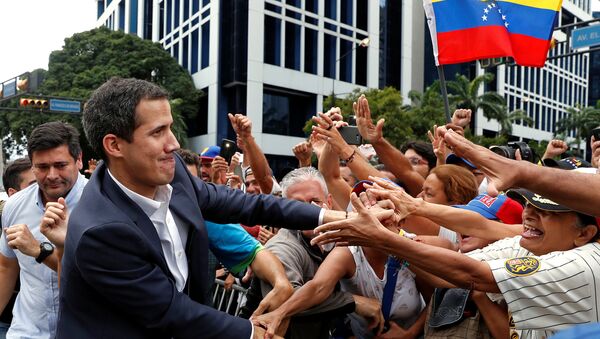 On Saturday, Venezuelan military attache in Washington Col. Jose Luis Silva called on the international community to recognise Juan Guaido, who declared himself the interim president of Venezuela, as the country's new head of state.

"Israel joins the United States, Canada, most of the countries of Latin America and countries in Europe in recognising the new leadership in Venezuela," Netanyahu said in a statement published on his Facebook page.

On Saturday, France, Germany, Spain and the United Kingdom called on Venezuelan President Nicolas Maduro to hold a "free and transparent" snap election. If he fails to do so within eight days, they threatened to recognise Juan Guaido as the country's interim president.

World
Kremlin Spokesman Refutes Reports of Russian Military Presence in Venezuela
The situation in Venezuela escalated earlier this week after on Tuesday the opposition-controlled National Assembly declared that Maduro had usurped power. Next day, the assembly's Speaker Juan Guaido proclaimed himself interim president.

Following the announcement, a number of countries, including the United States, recognised Guaido as the interim president. The move prompted current Venezuelan President Nicolas Maduro to cut off diplomatic ties with Washington.