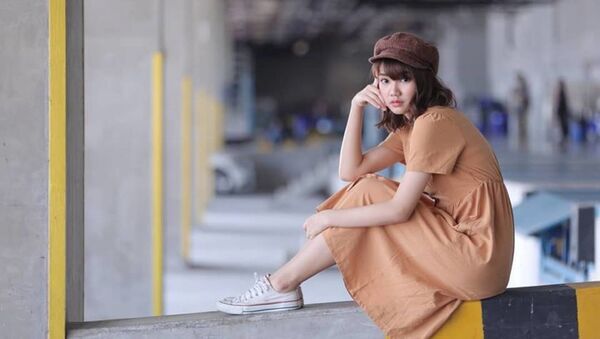 © Photo : Facebook / Namsai BNK48
Subscribe
The Israeli Embassy in Thailand condemned Namsai Natha's Nazi top, and the ambassador later met with her band's CEO and downplayed the row, saying that the teenage star was unaware of her attire's connotations.

A member of a Thai all-girl idol band was forced to apologise after her Nazi-branded garment provoked the ire of Israeli diplomats.

The 19-year-old girl, Pichayapa "Namsai" Natha, from the BNK48 idol group, wore a top emblazoned with a Nazi swastika during a televised rehearsal on Friday. The controversy erupted ahead of the International Holocaust Remembrance Day, which takes place on 27 January.

The Israeli embassy in Thailand expressed its "shock and dismay" over the display of Nazi symbols and said that it "hurt the feelings of millions around the world" whose relatives were murdered by the Nazi.

The teen idol issued an apology the next day, calling her controversial fashion choice a "mistake".

"I want this to be an example for everyone, please forgive me," she said, bursting into tears as her fellow band members rushed to comfort her.

BNK48 managers and members also met with Meir Shlomo, the Israeli envoy to Thailand, to issue a mea culpa in person and agreed to hold an awareness-raising workshop on the Holocaust.

Shlomo accepted the apology, saying that the songstress was acting out of lack of knowledge rather than expressing her political views.