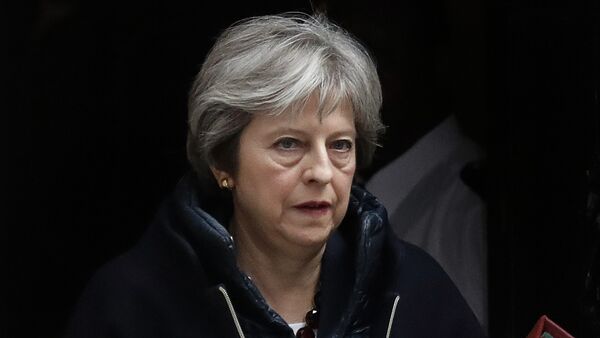 Brexit chaos and Theresa May's besieged leadership are said to have put the Conservative Party's income in jeopardy amid fears of a snap general election in Britain.

Deep-pocketed Tory donors are refusing to dish out money for the party while Theresa May is at its helm, according to The Telegraph,

Among the donors allegedly holding back money is the Midlands Industrial Council, a group of businessmen who gave £5 million (over $6.5 million) to the Tories before the 2017 snap vote.

"With the level of confusion within Parliament at the moment, the uncertainty over a possible election, a possible change of leader, most donors are reluctant to make donations at this time," the council's secretary David Wall told the newspaper.

"We all need some clarity on what direction the Conservative party and the Government are going in."

A number of high-profile donors will also reportedly stay away from the Black and White Ball, a fundraising event scheduled for February, where wealthy businessman get the chance to mingle with cabinet ministers — for a hefty fee.

The party had received no donations since Christmas due to the backlash, according to a Conservative source.

It is said that Conservative backers are withholding their money because they disagree with Theresa May's handling of Brexit, and the cash flow will continue whenever she's gone.

One unnamed donor claimed that Theresa May is surrounded by a "small cabal that is completely out of touch with reality". He went on to say that donors, many of whom oppose the Prime Minister's Brexit stance, were not happy to see their pounds being spent on promoting her deal, which suffered a crushing defeat in the House of Commons earlier this month.

"People have turned away in disgust," he added. "Once May is gone, the donations will resume."

Theresa May has to get her Brexit deal through parliament before it can become law. On 15 January, UK lawmakers voted down her proposed withdrawal agreement, which she had earlier negotiated with the European Union.

May announced last month that she would step down from her post before the next general election, which is due in 2022. She said that it would "not be in the national interest" to hold a snap general election before the UK's departure from the EU in late March.

Labour leader Jeremy Corbyn, on the other hand, argued that a snap election would break the Brexit deadlock and give his party an opportunity to re-negotiate Brexit on its own terms.