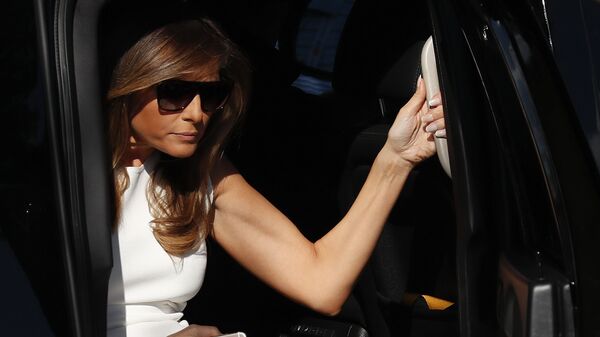 The Daily Telegraph issued an apology to US First Lady Melania Trump on Saturday after its 19 January cover story "The Mystery of Melania" was found to include numerous misleading statements about her modelling career, her family and private life. In addition to the apology, the newspaper stated that it would cover Melania's legal costs.

"We apologise unreservedly to the first lady and her family for any embarrassment caused by our publication of these allegations. As a mark of our regret we have agreed to pay Mrs Trump substantial damages as well as her legal costs," The Telegraph wrote on its website.

READ MORE: White House Insider Says Melania-Donald Trump Marriage Is Not What It Looks Like

In one of the claims, The Telegraph stated that the now first lady struggled with her modelling career prior to meeting husband Donald Trump, which the outlet in the freshly released statement confirmed to be false.

"We accept that Mrs Trump was a successful professional model in her own right before she met her husband and obtained her own modelling work without his assistance," the outlet conceded.

Furthermore, the newspaper apologised for claiming that the FLOTUS left her design and architecture course at university due to "the completion of an exam", explaining that she in fact dropped out to pursue a career in modelling. Moreover, the outlet said that it wrongfully alleged that her mother, father and sister relocated to New York in 2005 to live in buildings owned by Donald Trump.