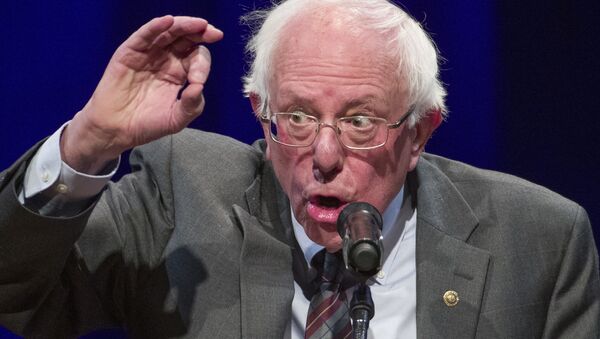 Senator Bernie Sanders, the Vermont independent, might be making another run for the White House, two people with direct knowledge of his plans reportedly said.

Sanders, according to sources cited by Yahoo News, is expected to announce his presidential bid imminently. One of the sources said Sanders, who lost the Democratic primary race against Hillary Clinton back in 2016, was encouraged by polls showing him among the top possible Democratic candidates.

READ MORE: US Senator Bernie Sanders Warns US Against Supporting Coup Against Maduro

Recent polls, cited by The Hill, suggested that he could expect greater popularity among African American and Hispanic voters in 2020 compared to 2016.

“What the senator has this time that he didn’t have last time is he is the most popular elected official in the country right now,” one source told Yahoo News. “That’s light years away from 2016 when very few people knew who he was.”

A third source, who was identified as a former Sanders staffer, told Yahoo news that Sanders would announce the formation of a presidential exploratory committee.

“He’s already talking to staff and there are people he’s hiring. They’re nailing down contracts with vendors, … all the movement is there for him to run,” he said.

The Sanders campaign did not confirm the reports, yet Sanders senior adviser Josh Orton wrote on Twitter that "no decision is imminent," adding, "Enjoy your weekend."

No decision is imminent. Enjoy your weekend. https://t.co/v3tMRxztsP