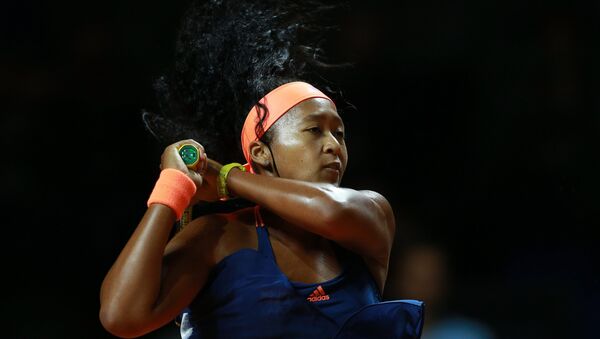 Osaka came up from behind to defeat the Czech Republic's Petra Kvitova on Saturday in a dramatic culmination to the Australian Open.

Osaka defeated Kvitova with a score of 7:6 (7-2), 5-7, 6-4 in a grueling match that lasted 2 hours and 27 minutes and saw the Japanese player regrouping in the second set.

With Saturday's victory, Osaka became the Women's Tennis Association's No. 1 player, and the first player from Asia (male or female) to win the prestigious distinction. Before the Australian Open, she was ranked No.5 in the world.  A year ago, Osaka was ranked just 72nd.

Serena Williams Roasted for Marching on World Tennis No. 1 Call at Aus Open
The victory also made Osaka the first player to win two consecutive Grand Slam trophies since Serena Williams' in 2015, and, at 21 years old, the youngest player to reach WTA No.1 since Caroline Wozniacki in 2010.

Following her victory, an emotional Osaka crouched down on the court and broke down in tears, getting up to shake hands with and hug Kvitova before smiling sheepishly and heading to the bench and crouching again, putting her hand over her face.

What a moment. @Naomi_Osaka_ wins her second Grand Slam in a row 🏆🏆#AusOpen pic.twitter.com/9TTskXIH9E

"Sorry, public speaking isn't really my strong side. I just hope I can get through this," Osaka said.

"Huge Congrats to you, Petra," she added, addressing her opponent. "You're really amazing and I'm so honored to have played you." She also thanked her team.