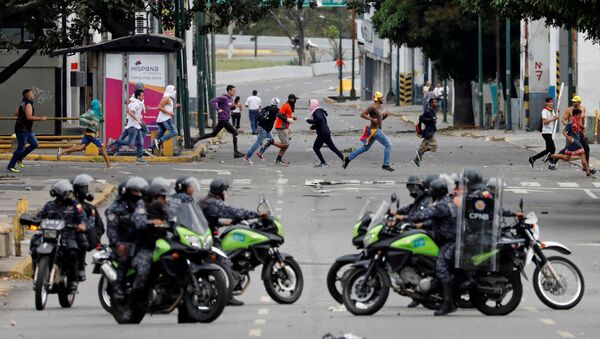 On 23 January, Venezuelan opposition leader Juan Guaido declared himself the interim president of the country. His claims for presidency was supported by around a dozen countries, including the US.

US citizens residing in or traveling to Venezuela should strongly consider departing, the US Embassy in Caracas said in a statement.

"US citizens residing or traveling to Venezuela should consider leaving the country. Commercial flights are still available," the State Department said.

"The US administration has limited ability to provide emergency assistance to US citizens in Venezuela," the statement says.

The incumbent head of state, Nicolas Maduro, described the incident as an attempted coup and announced the severance of diplomatic relations with the United States. He gave American diplomats 72 hours to leave the country.

At the same time, a number of countries, including the United States, recognised Guaido as interim president of the republic.