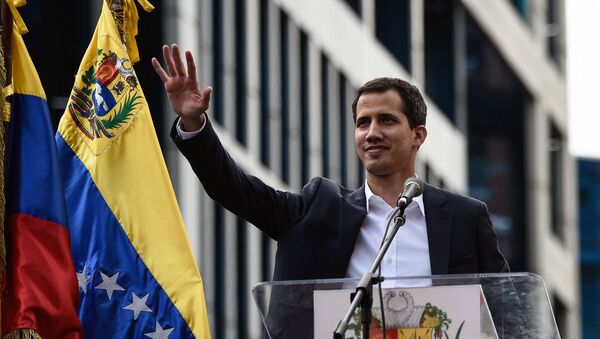 MOSCOW (Sputnik) - Russian Deputy Foreign Minister Sergey Ryabkov said Friday that a military scenario in Venezuela, which is experiencing a deep political crisis, may be catastrophic.

"Use of military force may be catastrophic," Ryabkov told CNN, adding that Unites States were aggravating the situation in Venezuelan.

The Russian Embassy in the United States expressed hope on Friday that Washington would not resort to "foreign ventures," in particular, in Venezuela or Syria, to divert public attention from the ongoing partial shutdown of the US government.

"The only thing left is to hope that the U.S. Administration will not pursuit foreign ventures, for instance, in Syria or Venezuela in attempt to shift public opinion from the aftermath of the shutdown," the embassy said via its official Facebook page.

The embassy also slammed US State Secretary Mike Pompeo, who, in his interview with The Laura Ingraham Show late on Thursday, used the shutdown as a pretext to once again pick on Russia, saying that its "government never shuts downs" and implying that there was no democracy in the country, because it would otherwise sometimes get "a little bit messy."

"It is sad that the US Secretary of State’s attempt to cheer up his diplomats, who are forced to fulfill their duties without a paycheck, dumbed down, just as always, to an aspiration to offend Russia, in this particular case – 'Vladimir Putin's government that never shuts down.' There are seemingly no reasonable arguments for his subordinates in Michael Pompeo's arsenal," the Russian embassy said.

There Will Be No Snap Election in Venezuela - Envoy to Russia
On Tuesday, the months-long political crisis in Venezuela escalated after the opposition-led Venezuelan National Assembly announced that recently sworn-in President Nicolas Maduro was a usurper, paving the way for the legislature's leader, Juan Guaido, to declare himself the country's acting president. The next day, Washington recognized the would-be interim president.

In turn, Maduro insisted that he was the country's constitutional president and called the opposition leader a puppet manipulated by the United States.