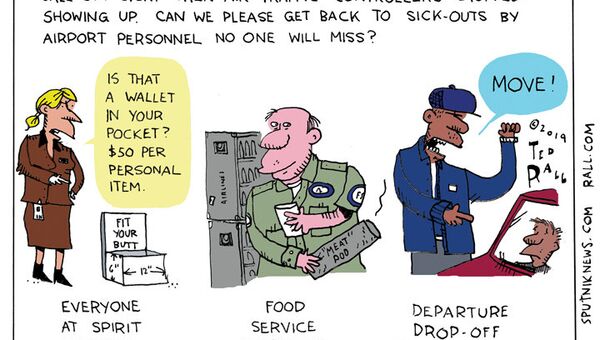 A Friday statement was issued by the FAA detailing an increase in "sick leave at two air traffic control facilities affecting New York and Florida, where the number of flights had to be adjusted "to a safe rate."

This scramble to reroute and adjust flight patterns is predated by a January 24 tweet by the FAA's official account declaring the US' "airspace is #safe."

House Speaker Nancy Pelosi's response to the situation received widespread attention hours before she and Senator Chuck Schumer held yet another side-by-side presser following the signing of a bill temporarily reopening the government.

.@SenSchumer & I are speaking to reporters at the Capitol now that @realDonaldTrump has agreed to end the #TrumpShutdown. https://t.co/trqjCW5oT8