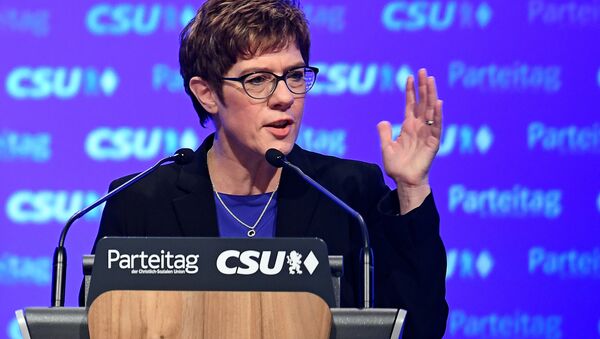 According to the poll conducted by INSA research institute for Focus media outlet, Kramp-Karrenbauer scored 7.9 points and became Germany's favourite politician. Angela Merkel came second increasing her score by 2.5 points, in comparison to the previous poll.

Head of Free Democratic Party of Germany Wolfgang Kubicki and Interior Minister Horst Seehofer have significantly improved their positions in the ranking, coming eighth and eleventh, respectively. In total, 21 politicians were present in the ranking.

The survey was conducted among 2,044 respondents and covered the whole territory of Germany. The participants were asked a question "To what extent do these politicians represent your interests?".