Invention From Russia's Tomsk to Save Heart Pupms and Car Components 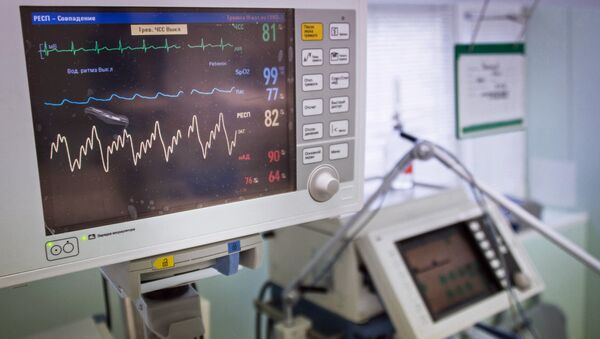 Specialists from Tomsk Polytechnic University (TPU) have upgraded a method for the plasma-chemical deposition of a new class of diamond-like coatings that can be effectively used in various industrial as well as biomedical sectors, sources at the TPU press service told RIA Novosti.

The research paper's results have been published in the Surface & Coatings Technology journal.

Films consisting of carbon hydrogenate, alloyed with silicon and oxygen (a-C:H:SiOx structure), are a new class of diamond-like coatings. As the name suggests, the value of such coatings is linked with their ability to maintain some properties of diamonds, including hardness, durability and smoothness, on the surface of virtually every kind of material.

Russian Scientists Simplify Synthesis of Effective Materials for Electronics
Scientists believe that such films are very promising due to their impressive mechanical properties, chemical inertness, bio-compatibility and good optical transparency in the infrared spectral bands. They can be used to boost any material's abrasive resistance and to make components for machine-tools, engines for ultramodern motor vehicles or implanted human heart pumps.

As a rule, components are coated with these films using the plasma-chemical deposition method with a high-frequency discharge. TPU specialists and their colleagues from the Institute of High-Current Electronics of the Russian Academy of Sciences' Siberian Branch have completed a research project to find out how film-formation conditions influence their mechanical properties. They have suggested a new approach making it possible to improve the plasma-chemical deposition method.

"We deposited films inside a non-self-maintaining electric-arc discharge with an incandescent cathode. The discharge was maintained using a DC outlet, and a medium-frequency (~ 10 kilohertz) bipolar bias potential was fed onto the backing to change the properties of new films", said Assistant Professor Andrei Solovyov from TPU's Faculty of Experimental Physics.

In his opinion, this approach makes it possible to reduce the cost of power supply sources and to cope with restrictions, including discharge capacity and the size of machined components.

READ MORE: There Is No Global Market for Recycled Materials — Research Scientist

Researchers confirmed the method's practical efficiency by coating the titanium parts of mechanical disk pumps for sustaining the heart. This reduced the roughness of heart pump components, as well as their friction levels, also reducing blood-circulation risks.

While working on their project, researchers also studied the hardness of the films obtained by them, as well as their resilience, plasticity and tensile-resistance levels, in great detail.

"We showed that the films' physical-mechanical properties are seriously influenced by their deposition conditions, including power-gas pressure and the backing's grid bias parameters, and that they can be regulated on a large scale," Solovyov noted.

According to the authors, the research paper's results have special significance for the industry because they make it possible to manufacture more durable components of various mechanisms, including those of motor vehicles.