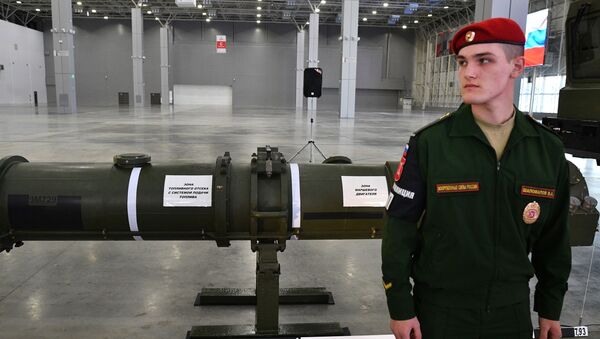 MOSCOW (Sputnik) - German Foreign Minister Heiko Maas said on 23 January after meeting with US Secretary of State Mike Pompeo that Russia had "failed to provide enough transparency" on the 9M729 missile, which, according to Washington's claims, allegedly violated the Intermediate-Range Nuclear Forces (INF) Treaty.

"Russia so far has not been ready to provide full transparency. Expectations are on the table and the ball is still in Russia's court", Maas stated, as quoted by the DPA news agency.

Moscow's proposal to show the missile is not sufficient, he claimed.

Russian MoD Shows Iskander-M Launchers With 9M729 Rockets Amid INF Row With US
Departing on 23 January to the United States, Maas told reporters that if the INF Treaty was terminated, it was necessary to continue close coordination on the security issues within NATO.

The statement comes after the Russian Defence Ministry presented at a briefing for foreign military attaches the 9M729 missile of the Iskander-M ballistic missile system, describing its features. According to the ministry, military attaches and representatives of CSTO, BRICS, EU and NATO military-diplomatic corps, as well as some other European and Asian countries, were invited to the briefing. However, US, UK, French and German, as well as EU and NATO representatives, did not attend the briefing.

In October, US President Donald Trump announced his country’s intention to withdraw from the INF Treaty over alleged Russian violations of the agreement. On December 4, US Secretary of State Mike Pompeo said that Russia had 60 days to start to comply with the agreement, or, otherwise, the United States could leave the treaty on February 2. The Russian authorities, in turn, have many times stressed that their country strictly complied with the obligations outlined in the treaty.

US-Russia Relations Not Doomed to Cold War Rivalry - Pompeo
The United States has in particular repeatedly voiced concern over Russia's 9M729 missile, which, according to Washington, violates the provisions of the nuclear treaty. Moscow has refuted US accusations as unsubstantiated, insisting that the missile was tested at the range permitted by the agreement.

Moscow, in turn, has complained that launchers on US defence systems in Europe are capable of firing cruise missiles at ranges that are banned by the agreement.