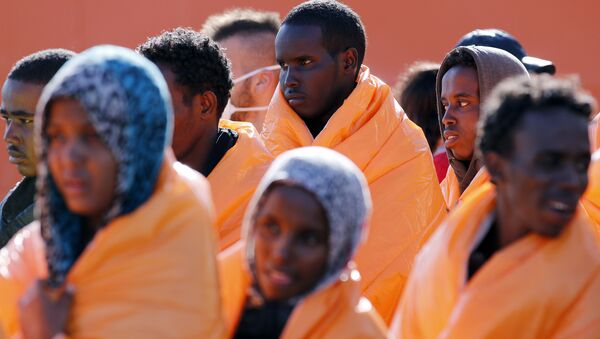 © REUTERS / Antonio Parrinello
Subscribe
International
India
Africa
Ever since 2008, Mohammad (with its variations) has been the most popular boy's name in Oslo, solidifying its position in 2018.

In 2018, Mohammed successfully edged out Oscar, Aksel, and Jacob to maintain its lead. This has put the Norwegian capital at odds with the rest of the country, where it didn't even make the top ten. By contrast, Lucas, Filip, and Oliver were the most popular boy's names nationwide.

"Oslo is something in itself. Here, different names are most popular than elsewhere in the country. This has always been the case", Statistics Norway Senior Adviser Jørgen Ouren told the local news outlet Vårt Oslo.

Mohammad has been the most popular name in the Norwegian capital since 2008, reflecting a substantial and constantly growing Muslim community living in the metropolitan area. In 2018, 8.7 percent of Oslo's population adhered to Islam, with Pakistanis, Somalis, Iraqis, and Moroccans forming the largest communities.

"Popular name choices in Oslo often differ greatly from the rest of the country. There are slightly different types of people living here than in the country. Often we see name become popular in Oslo and then spread out across the country", Ouren explained.

According to researcher of names Ivar Utne at the University of Bergen, there are international trends to be reckoned with, and the names most popular in Norway are also trending in the countries nearby.

"There are phonetic fashions, especially on the girls' side. There are lots of vowels in the names, and often sonorous consonants like L, M and V. This is something that has happened in recent years", Utne told national broadcaster NRK.

Nationally, Emma is at the top among girls' names, for the ningth time. Lucas tops the male name list for the fifth time this year and has been the most popular boy's name in the past decade, according to Statistics Norway.

Another interesting find that reflects the demographic change is that the share of traditional Norwegian surnames ending with "-sen", such as Olsen, Jensen, Hansen or Andersen, keeps decreasing. As of today, "sen"-type surnames make up only 14.7 percent, compared with 22.4 percent in 1995.