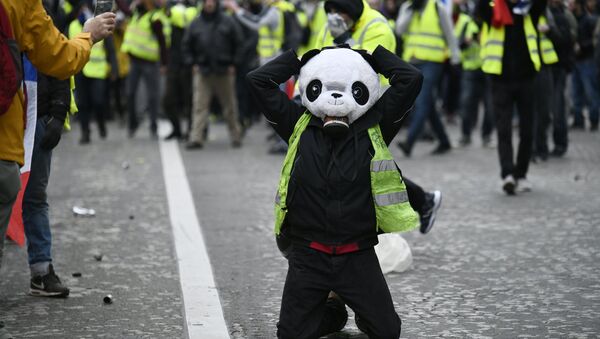 MOSCOW (Sputnik) - As many as 51 percent of French nationals are dissatisfied with the media coverage of yellow vests protests in the country, a Kantar poll showed on 24 January.

Thirty-two percent of respondents, in contrast, positively assessed the coverage, according to the pollster's trust barometer.

Meanwhile, 67 percent of the French were convinced that media were overdramatizing the events. A total of 52 percent believed that people with hard-line views were too frequently given a platform to speak up.

Yellow Vests Protests Continue Despite President Macron's Outreach
The poll was commissioned by La Croix newspaper, with no data on the poll’s dates and the number of respondents available.

The wave of the so-called yellow vests protesters — named after the obligatory attribute of French drivers — started in France in mid-November.

The French government has scrapped its planned hike in diesel taxes that sparked the protests and introduced a number of measures to resolve the nation's economic and social crisis, but the yellow vests have since morphed into a broader movement against government policies and rising living costs.