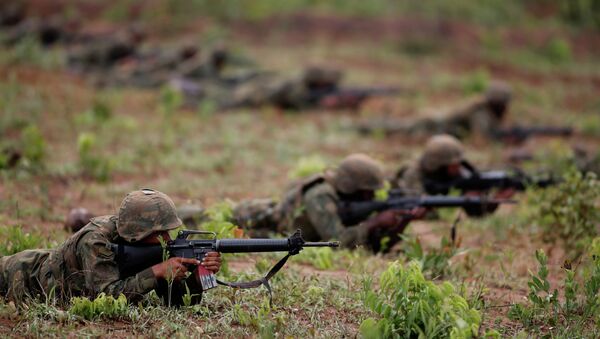 MEXICO CITY (Sputnik) - Brazilian Vice President Hamilton Mourao has rejected the possibility of Brazil taking part in any kind of a military operation against neighbouring Venezuela, which has recently seen an escalation of its months-long political crisis, the Global news outlet reported.

According to the Global news outlet, Mourao has stressed that interference into internal affairs of other countries was not among the policies pursued by Brasilia.

At the same time, Brazil has joined at least a dozen other countries that recognized the authority of Venezuelan opposition leader Juan Guaido, who proclaimed himself the country's interim leader on Wednesday after the Venezuelan National Assembly — which he chairs — adopted a statement declaring the country's incumbent president, Nicolas Maduro, a usurper.

Attempted Coup Against Maduro Not US’ First in Venezuela
The United States urged Maduro to step down and let Guaido assume the presidency. Maduro responded that Venezuela was severing diplomatic ties with Washington and gave 72 hours to all US diplomatic and consular staff to leave the country.

Brazil has been one the states, including the United States and the other Lima Group countries, that initially opposed Maduro's re-election as president last year, expressing their doubts over the legitimacy and fairness of the vote.