WATCH: UK Shoppers Run in TERROR After Axe-Wielder Charges at Them In-Store 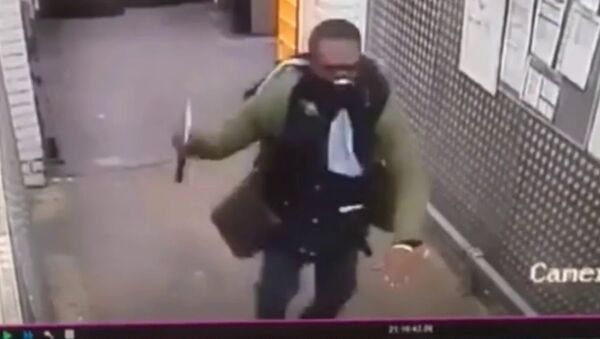 Metropolitan Police are hunting the culprit, who stormed through the store in extremely threatening fashion.

Shoppers were left fleeing in terror after a man armed with a weapon menaced the occupants of a Tesco supermarket on the evening of 23 January, charging down a corridor holding a dangerous implement above his head.

In an official statement police said the weapon was a hammer, but CCTV footage suggests it was, in fact, a hatchet — law enforcement are now desperately trying to identify the frightener, who wore protective covering over his face to shield his identity. Mercifully, Tesco have confirmed nobody was hurt in the "shocking" incident.