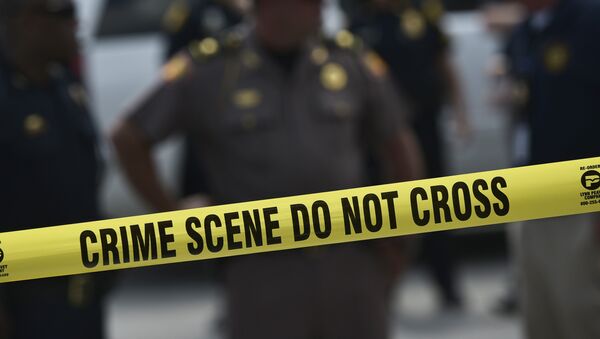 The tragedy occurred in Sebring, Florida, where the population was 10,491 in the 2010 US Census.

The Highlands County Sheriff's Office said a SWAT team engulfed the bank after failed negotiations with the suspect, who "eventually surrendered" and is now in police custody.

"We were sorry to learn that we have at least five victims, people who were senselessly murdered as a result of his act in this bank," Sebring police chief Karl Hoglund told reporters Wednesday.

Authorities arrived after the suspect called them and told them he opened fire on people inside the bank, according to police officials.

US 27, a major road going through the town, was shut down due to the significant presence of law enforcement officials.

The suspect and the victims have not been identified by officials yet, though Reuters reports the suspect is 21 years of age.